Even though I do bike at night, the idea of bike safety is relative. No matter how visible you are, if you do a bonehead maneuver, you’ve got no one to blame but yourself. However, if you tend to ride around cars a lot, then these LED tires will definitely make you more visible at night. 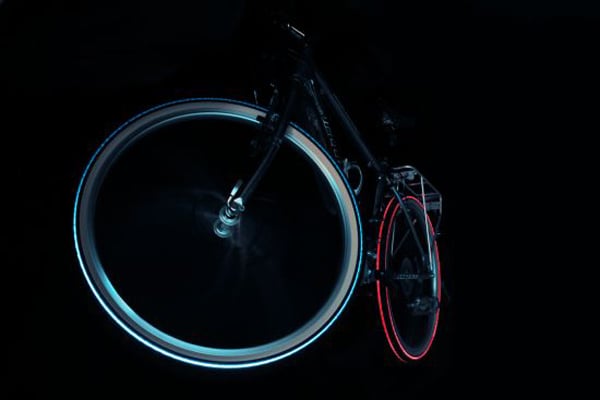 These CYGLO glowing bike tires contain LEDs that are embedded into the treads or sidewalls of the tire. They will turn your wheels into two circles of light, kind of like the Tron lightcycles. While other companies offer spoke-mounted LEDs already, the CYGLO is supposed to be powered by the circular motion of the wheel itself. 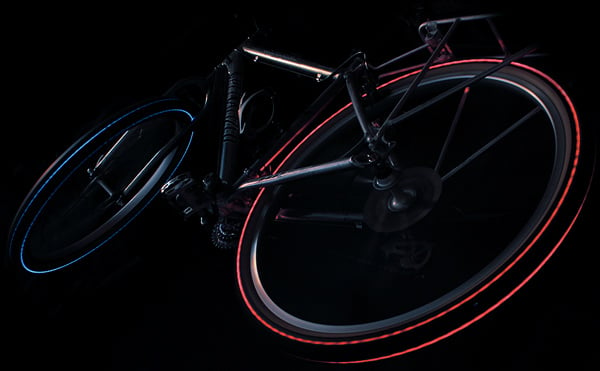 For now, these tires have yet to be made. However, the patent was awarded in February, with funding being secured in April. Could this mean that we’ll be riding lightcycles after hours in the near future? Let’s hope so.