I came across this unusual game over on IndieGames earlier today, and I have to say I like the way the early build is shaping up. 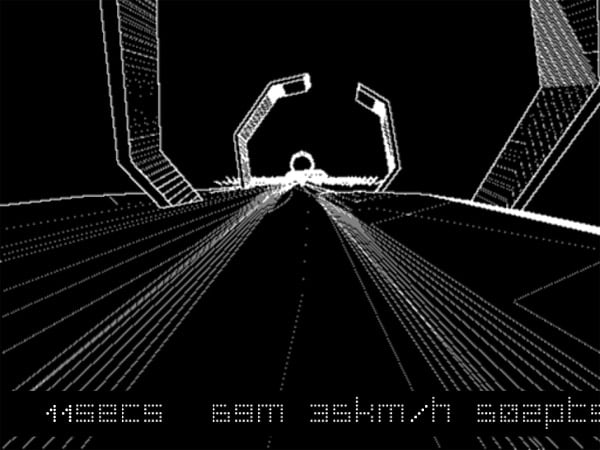 A small independent game studio called Santa Ragione created Tales of Unspoken World after being inspired by this stylized case design from the Famicase art exhibit a few of years ago. Gameplay in Tales involves the same sort of “run, jump or die” mechanic found in the highly-addictive Cannabalt, but it plays out on a 3D stage reminiscent of old black-and-white vector games. The game requires just two keys to play. Use the “Up” key to run, and the “Space” bar to jump. That’s it.

Here’s a brief video showing off the game in action:

Tales of Unspoken World is available for download now over at the TIGSource forums, and plays on both PC or MAC. For some reason, only the MAC version includes the dangly hand animations shown in the video above. Go figure. Either way, it’s worth a download, especially at the low, low price of free.