The Washing and Drumming Machine

YouTube user/Xbox player/Jimmy Fallon soundalike Sina117 was busy playing a video game when suddenly he heard thumping, crashing beats. The sound wasn’t coming from the game; he realized that it was his washing machine. Now I’m sure you’ve heard dryers and washing machines make sounds – knocking or metallic noises or even rumbles – when the load is unbalanced, but this washing machine wasn’t making a sound, It was making music. 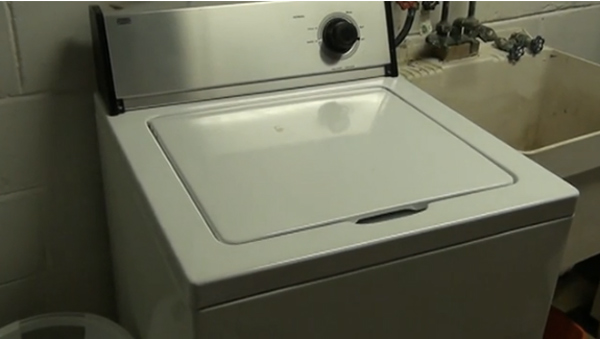 It had rhythm and verve. It was playing with gusto, like something Asian was about to go down, a major martial arts tournament or cook-off or something. Unfortunately, Sina117’s language is NSFW, so we don’t recommend sharing the magical machine’s mad skills with your kids.

That makes two awesome washing machine videos in a week – three more and we’ll officially have a trend.