Gorilla Gets Nintendo Ds and Trades It for an Apple

Sure, gorillas have opposable thumbs and can rip a man’s arm off and beat him with it, but they lack those leet gaming skilz. You could totally take this gorilla in a game of Donkey Kong. It’s not often you get to see a gorilla trying to play a Nintendo DS. 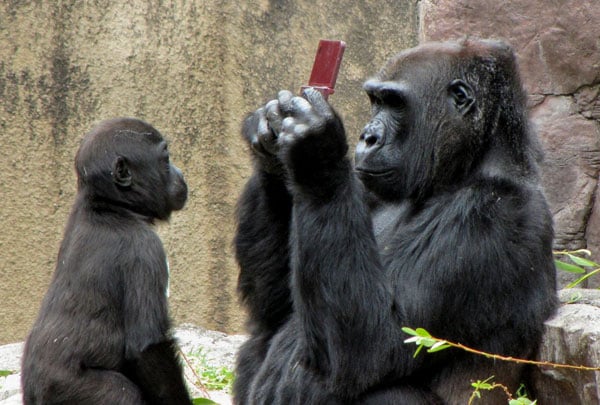 This fuzzy guy came by his DS when a kid visiting the San Francisco zoo accidentally dropped it inside the gorilla habitat. I hear all was fine until his little gorilla brother started staring at him and asking if it was his turn yet.

The gorilla tried all he could to figure the thing out turning it forward, backwards and holding it really close to his head. A trainer at the zoo was able to trade the DS for an apple and gave the console back to the boy who dropped it. It reportedly still worked though it was scratched and covered with gorilla slobber.