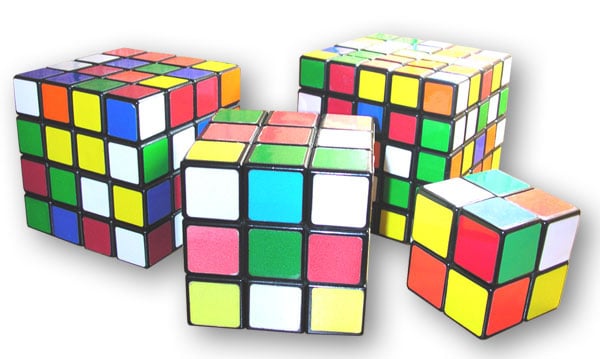 The only way I was ever able to solve one of the things was by peeling the stickers off and rearranging them. One geek in the UK liked the cube so much that he decided to make a career in mathematics just to figure out the least number of moves that the thing could be solved in. It took the guy 30-years to get that answer. 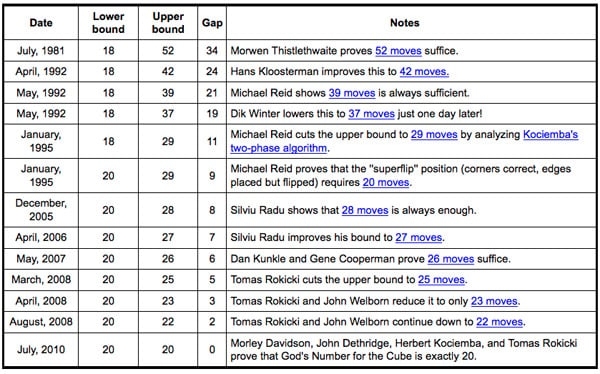 According the man, Professor Morley Davidson from Kent State University the magic number of moves is 20. Some configurations can be solved in fewer moves than that though. Apparently finding the solution involved a “good PC” and about 30 seconds for each solution with about 20 billion possible configurations.