Seagate’s new Momentus XT hard drive has most of the benefits of a pure solid state drive without most of the cons. The Momentus XT’s hard disk drive comes in three capacities – 250 GB, 320 GB and 500 GB. Compared with drives of similar capacities, Momentus XT drives are almost three times as expensive as normal hard disk drives, but they’re anywhere from 4 to 10 times less expensive than solid state drives. So why go for the middle? All Momentus XT hard drives are equipped with 4gb of solid state memory, enough to significantly boost boot-up times and application launches. 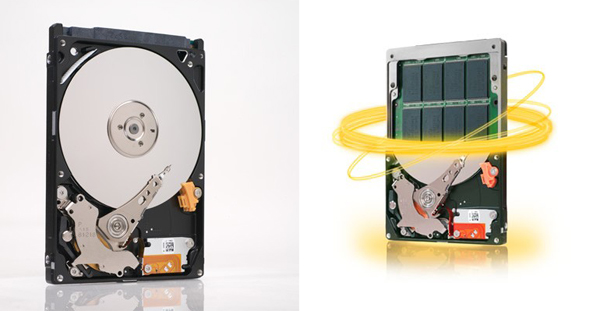 Of course, with these things there’s nothing more convincing than actual tests. Here’s Seagate’s comparison of the performance of different hard drive capacities. If you don’t feel like sitting through all 8 minutes, jump to 7:04 for the final times.