Shogun Vader: Don’T Worry, He’S on the Light Side

Back in 2007, cosplayer Alexander Lam read about the samurai influence on some of the designs of Star Wars. So he decided to come up with a more explicit remix of Darth Vader’s costume. He chose to name his creation Shogun Vader, referring to the original meaning of shogun, which is “general.” 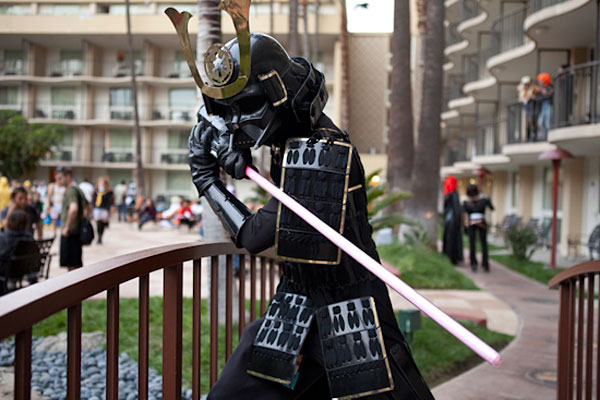 At first glance, Lam’s costume looks like it’s made from plastic, or maybe even metal. But the version in these pictures is actually made of several kinds of cardboard. For the plates of armor, Lam used dyed black cardboard topped with shiny black posterboard. The gold trim is mirror reflective posterboard, and the cloth that juts out of the plates are simply large shoelaces. Lam uses double-sided tape to hold the armor together. He wears a diving suit underneath the costume. 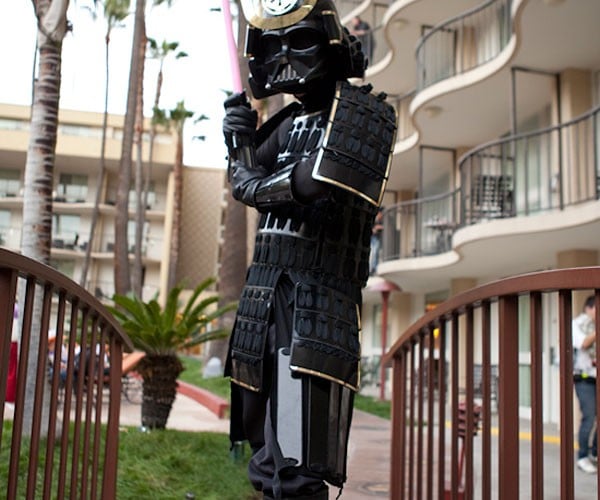 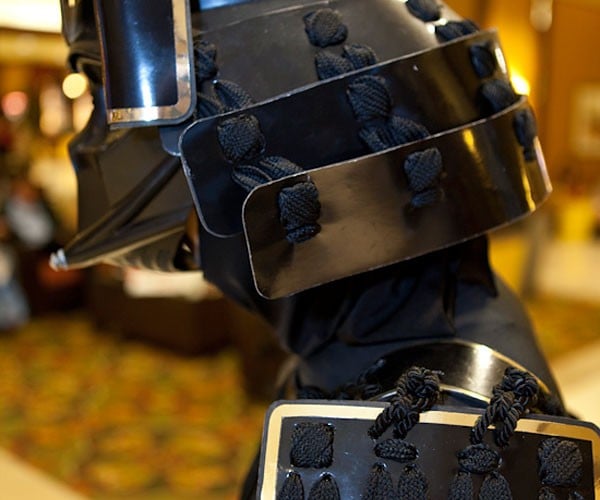 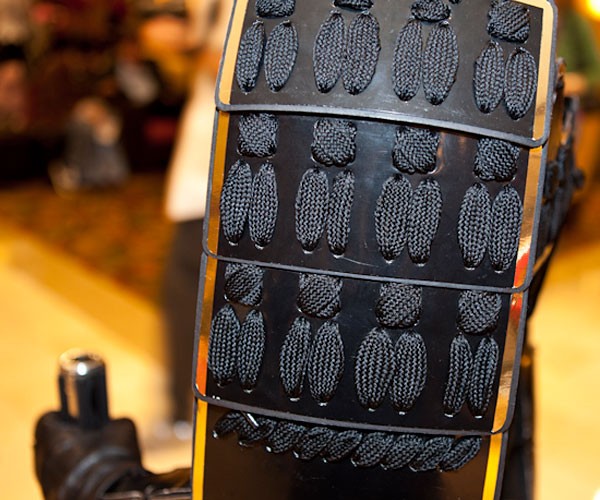 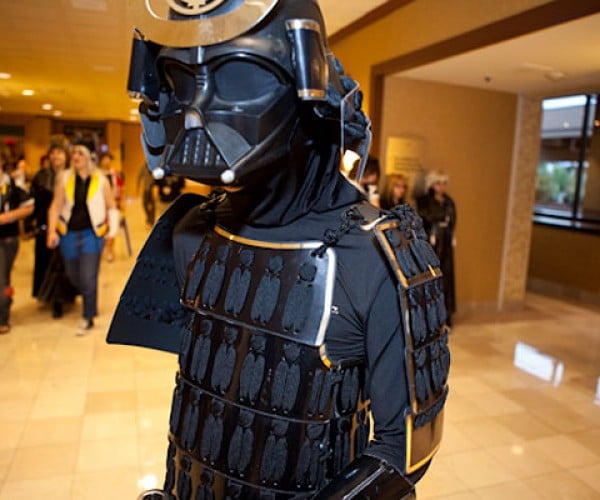 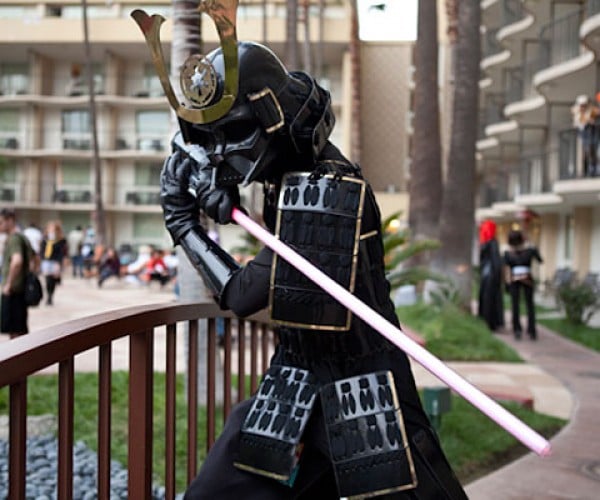 In real life though, Lam is more Cecil than Anakin – he’s a member of L.A. Jedi, a non-profit organization that “teaches people how to properly engage in lightsaber tricks and makes appearances at various children’s hospitals.” As for Shogun Vader, Lam says he’ll probably make plastic or even metal versions in the future.

[via L.A. Weekly via Boing Boing]