Star Wars Mimobots Use the Force and Enter Generation 6

If I am to be honest, my least favorite film of the first three originals is The Empire Strikes Back. The bit where Luke gets crammed inside the dead tauntaun was kind of cool. I did like that flick better than say any of the new trilogy, especially the one with Jar Jar Binks. 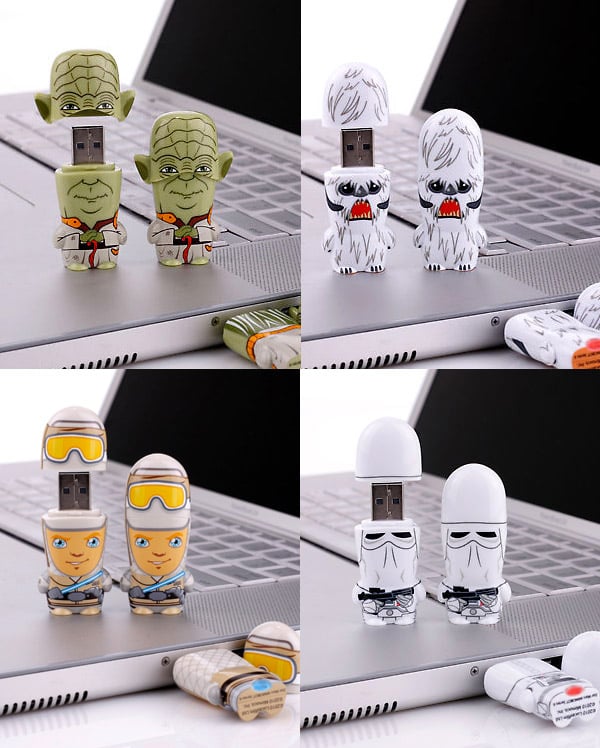 If you like the Empire Strikes Back flick or just collect all the Star Wars Mimobots the Series 6 bots are now available to purchase. The new line is all from ESB and it includes Hoth Luke, Snowtrooper, Yoda, and the Wampa. You remember Wampa, the monster that Luke hacked the hand off of foreshadowing the loss of his own arm later.

The little bots come preloaded with content specific to them like screen savers and such. They are offered in 2GB, 4GB, 8GB, and 16GB capacities. Pricing ranges from $29.95 to $89.95 (USD) depending on the capacity.