Ordinary wheelchairs require considerable effort from the person on them in order to move, unless of course someone pushes the wheelchair. However, in Japan (and probably other countries as well), some care facilities don’t have enough staff to accommodate the wheelchair-bound. That’s why researchers at Saitama University came up with a robot wheelchair that doesn’t need a person behind it to push – what it needs is someone in front of or beside it. 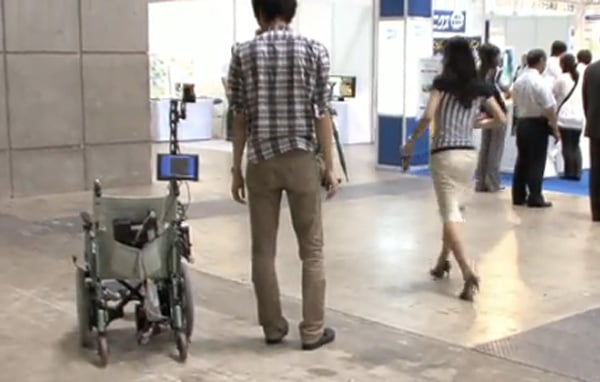 It’s a very practical idea, but I think it would be more practical if the wheelchair relied on a map or GPS instead. That way even if there’s no one to accompany the wheelchair-bound, they’ll still be able to move around.