LEGO Empire Strikes Back Chess Set: Lego+star Wars, Who Could Ask for Anything More?

It’s always been about Star Wars: The Empire Strikes Back for me. No matter what people say, I think it’s the most important film of the Star Wars saga. Even though I have to agree that Revenge of the Sith wasn’t all that bad, it was nowhere near as good as Empire, IMHO That being said, check out this neato LEGO Star Wars chess set, right out of Empire. 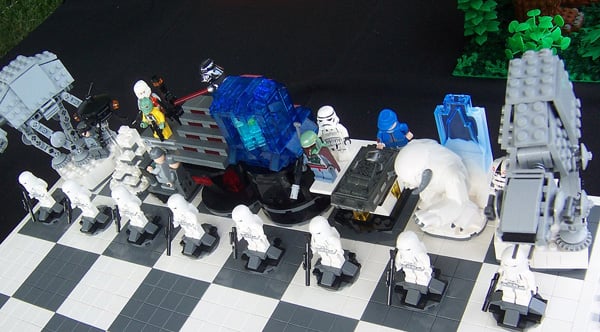 This ESB chess set was built by Brandon Griffith, who’s a part of the LA LEGO user group LUGOLA. What sets this chess set apart is that Brandon even depicts some great scenes from Episode V using mini dioramas. Personal faves include the Imperial Walkers, the AT-ATs and Darth Vader of course! 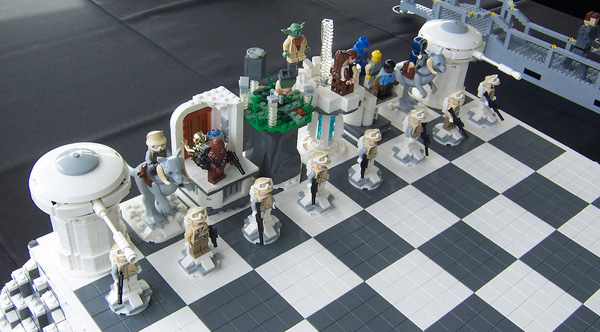