This computer-in-a-keyboard casemod owes at least a nod to from the Asus EeeKeyboard (or at least the Commodore 64). Bart Reardon’s MacBook Air Project is working to combine the brains of a MacBook Air with the aluminum body Apple keyboard and a Magic Trackpad.

Under the hood of this nifty little box is a fully-functional Mac with 1.6Ghz Core 2 Duo, 2GB RAM and a 80GB hard drive. The USB ports are on the left side of the keyboard, the Magsafe power connector on the right side, and there’s a DVI video port is on back for connecting a monitor. 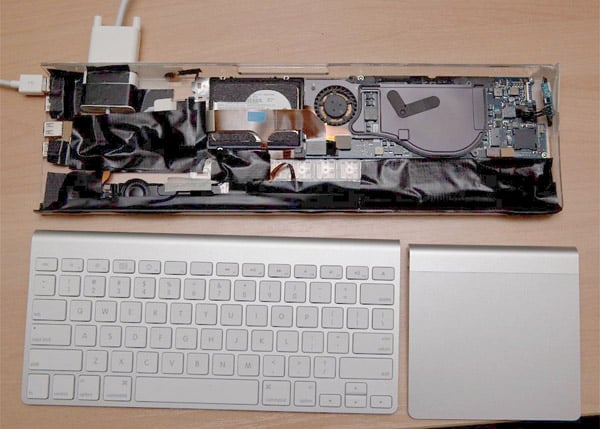 As you can see from the pictures, the casemod isn’t 100% finished, but Bart says he’s just putting the final touches on the mod, adding proper sides to the box and tidying up the rough edges. All in all, I think it’s a great job, and I think Apple should start making these. 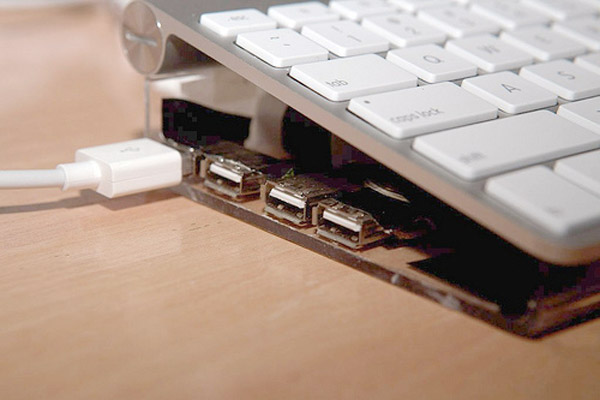