Everyone has a digital camera today, and most of us use them way more than we ever used film cameras. Mostly, that is because we can store thousands and thousands of images on our computers and only need to print the ones we like. 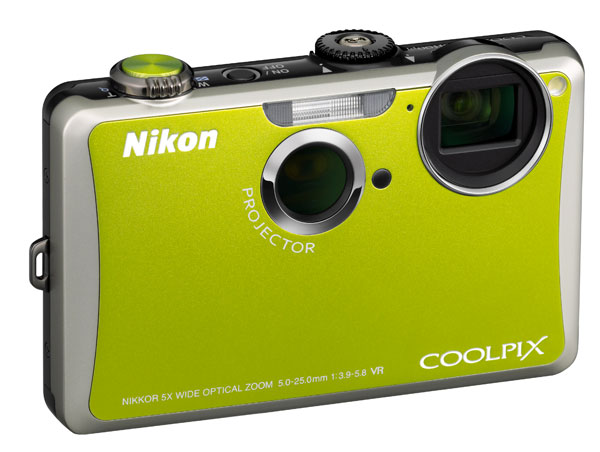 Now, Nikon has announced a new camera called the S1100pj that has a projector built-in allowing the user to share the images and video they take with others on a screen up to 47-inches wide. The camera can throw that nice big image from up to 7-feet way assuming you are in a dark room. That said, don’t get too excited. The projector has a measly 14 lumens of brightness, which is 40% more lumens than the previous projector cam from Nikon, but still about as dim as the candles on your 4-year old’s birthday cake.

Other features include a 14.1MP sensor, 5x optical zoom, and a wide-angle lens with 5-way image stabilization. The camera has gobs of automatic modes and can record video in up to 720p resolution. Nikon will ship the little camera in September for $349.99 (USD). Perhaps the coolest feature of the whole camera is that it can hook to your PC via USB and project your desktop. Dimly.