NASA’s All-Terrain, Hex-Limbed, Extra-Terrestrial Explorer (or ATHLETE) is designed to shlep up to 660 pounds of cargo around the surface of Mars and the Moon. 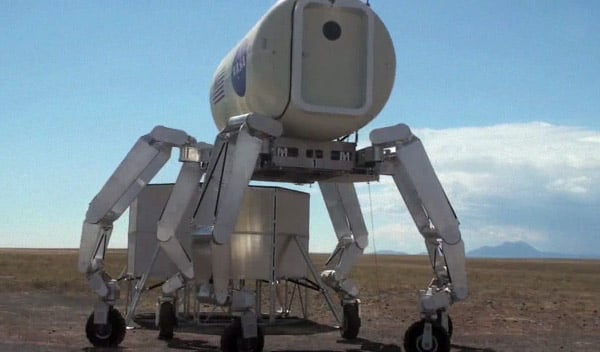 But while it’s still being developed here on Earth, it has another mission – the 1/2-scale prototype ATHLETE is a dancin’ machine. Just watch this video and see what I mean.

So there ya go. Your tax dollars, hard at work. Now what exactly is happening on Mars again?