No doubt, being given your own Star Wars-themed action figure by the creator and also destroyer of the franchise itself is one hell of an honor, but a stormtrooper? Not a Jedi, and not even one of major villains, but one of the nameless cannon fodder. That’s what you get for being so critical of the Republic(ans), John. 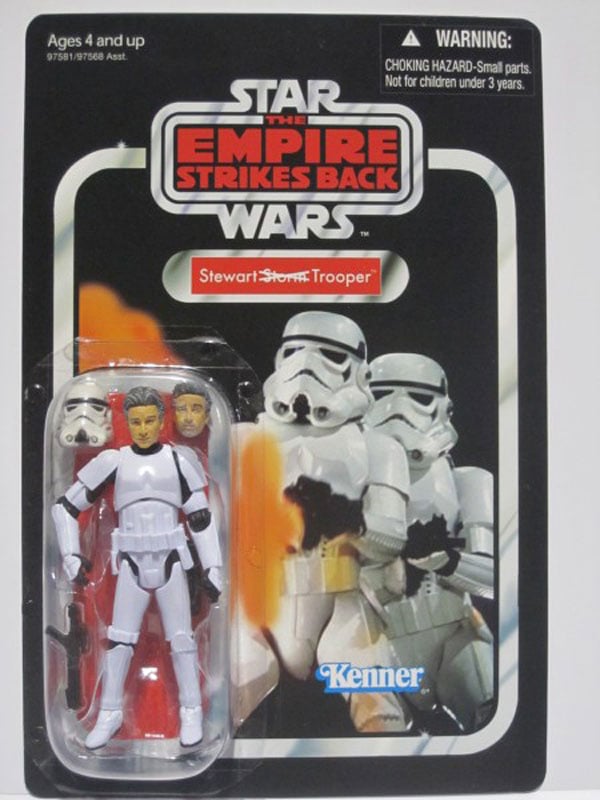 George Lucas himself presented the toy to Jon Stewart when the latter interviewed Lucas at Star Wars Celebration V in Florida, where, among other things, it was announced that all six movies will be released in Blu-ray format next year. 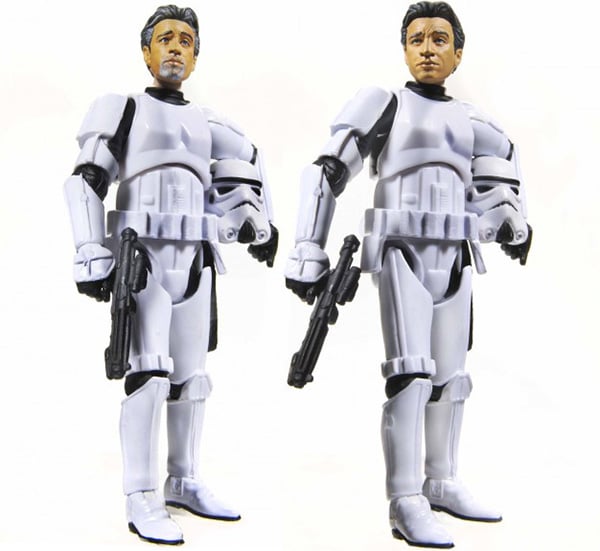 Further proof that whoever made this toy actually hates Stewart: one of the two human heads features his crumb-catching goatee, and the one that’s clean shaven doesn’t really look like Stewart. 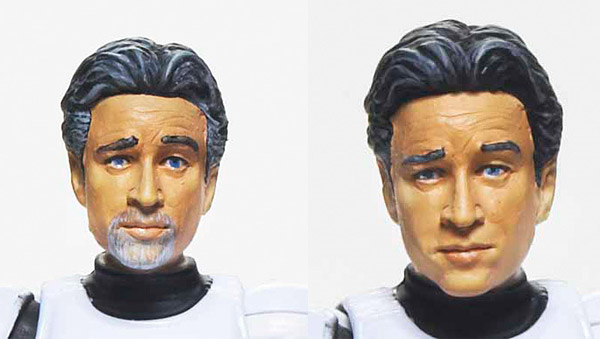 This of course leaves Stewart with one option: to use the stormtrooper helmet. Which of course turns the action figure into a generic stormtrooper.