A few engineers over at Yelp have built this high-tech beer keg, controlled by an iPad. 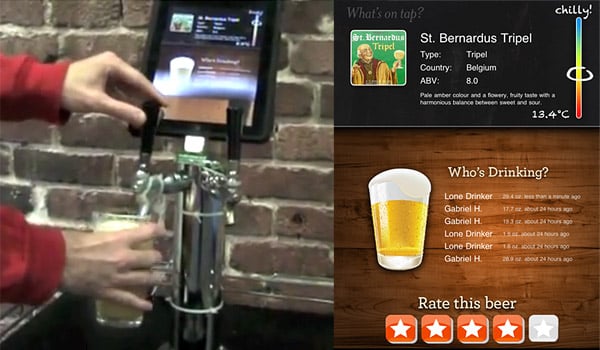 As engineer Jeff Micklos describes in the video below, the reason they made this geeky keg-bot is because they “…love hacking, …love beer …and love iPads.” The KegMate iPad app communicates with an array of sensors via an Arduino controller, and displays information about the beer you’re about to consume, its current temperature, and even who’s been drinking the beer, courtesy of an RFID badge sensor.

Of course, you can use the iPad screen to let you rate the beer too (they are working at Yelp, after all). They also created a bookmarklet which lets them check the keg’s status remotely. You can find out more details on the build over at the Yelp Engineering Blog. Seems like my kind of engineering project.

[via Bon Apetit via geeksugar]