If  you’re heading to the Penny Arcade Expo next week, be sure to swing by and check out the latest addition to their conference schedule, the Chiptune Showcase. 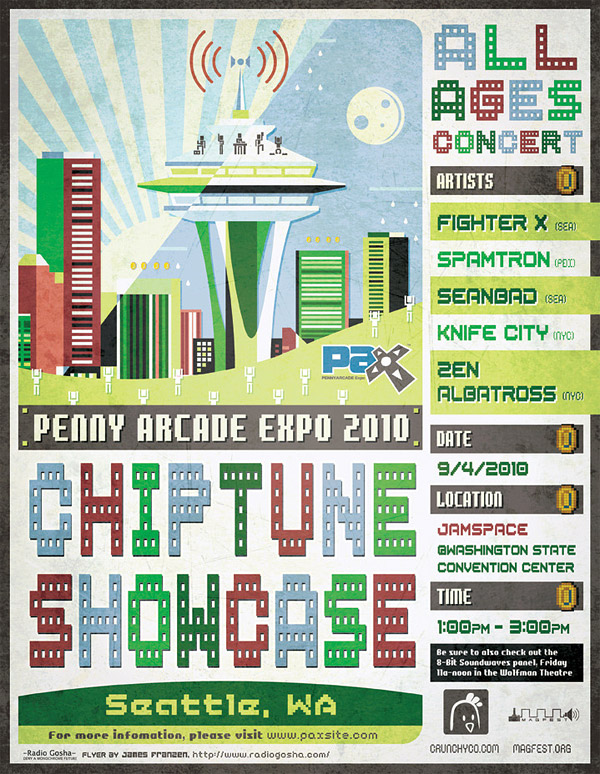 A variety of 8-bit musical performers will take the stage for the 2 hour concert, including bands with awesome names like Fighter X and Spamtron. And if you don’t know what to expect, here’s a sneak preview of some of what you might hear, should you attend:

So if you happen to be in Seattle on September 4th, the chiptune concert kicks off at 1pm at Jamspace at the Washington State Convention Center.

[via Zen Albatross via GameSetWatch]