I’m not a fan of the current glasses-requiring 3D tech, but I’m sure even I would find it a blast to play a 3D game with the JoyRide Atomic A1 Ultra-Compact Motion Simulator. I know, I know, we’ve been fooled and seduced by epic-sounding product names before, but this one is more promising. I’m pretty sure you guys understand the basic allure of a motion simulator – it provides added immersion by reflecting movements from a video or game. But the Atomic also has other tricks up its sleeve. 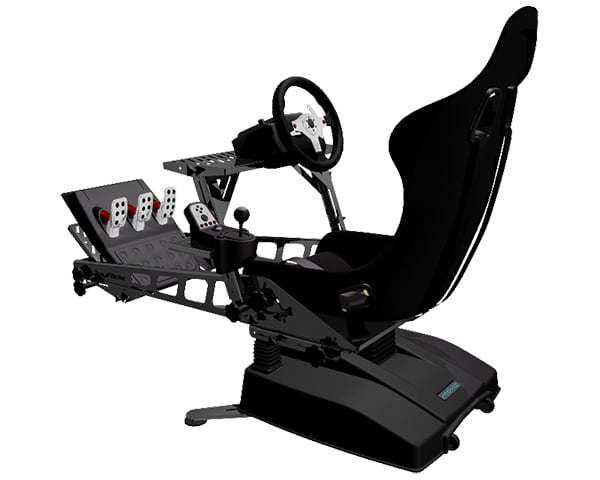 Aside from simulating motion, the parts of the Atomic are also highly adjustable and customizable. If you have mad riches, you can even network multiple Atomics. Good for multiplayer matches and virtual roller coaster rides. Currently, the Atomic’s complementary “motion-link” software, SIMPHYNITY, claims support for over 60 games, with more en route. Some of the supported games are Burnout Paradise, Dirt 2, NFS Speed, Shift & Carbon, HAWX, and for virtual truckers, Big Mutha Truckers.

I wish the video had an actual shot of someone using the Atomic. As awesome as it seems to be you really should wait until you see it in action or at least read a couple of reviews about it before you order one, because you’ll have to shell out £4,290 (approx. $6,600 USD) plus shipping for one unit. But if you think you’ve seen enough, just go to JoyRide Simulators’ website to order. As for me, I think I’ll stick to moving my body and making engine noises while playing racing games.