While I do agree with a few commentators on Reddit that science-fiction and fantasy shouldn’t be bundled together, I really like this infographic, which is a sort of mega-recap of the themes that we’ve seen in television over the last 40 years. 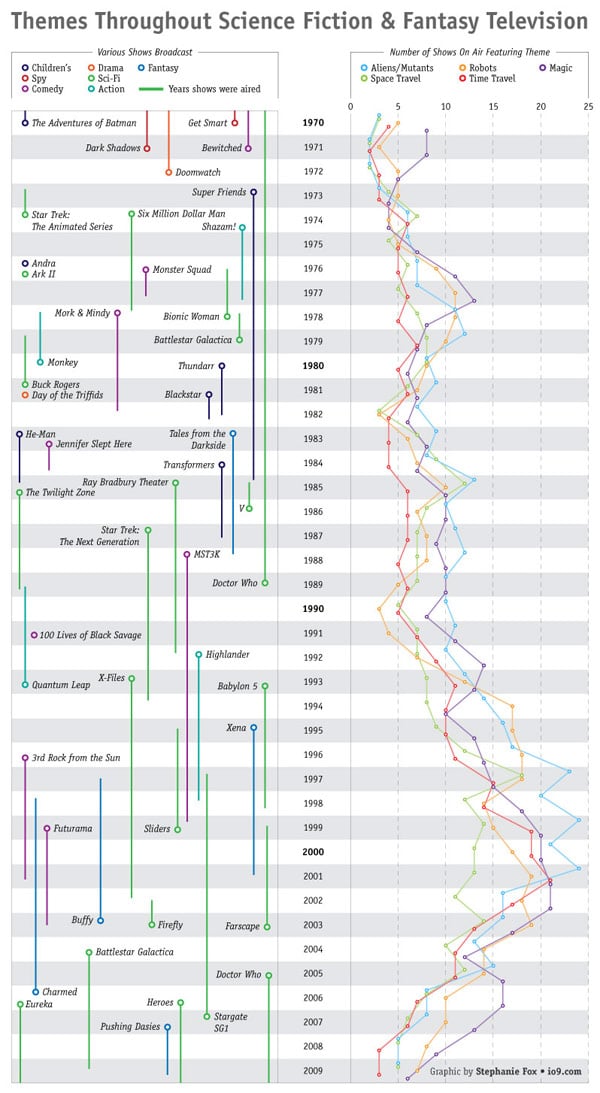 This graph was made by Steph Fox for io9, and very simply illustrates the trends in these TV genres over the years. It’s interesting to see that there was a spike in the number of sci-fi and fantasy shows in 1995, which lasted until 2007. There’s no more Star Trek, Babylon 5, or that many science-fiction shows on TV. It’s kind of sad, because I really enjoyed a lot of them.

For now, we have to be contented with Stargate Universe and a few shows on Syfy. At least, Doctor Who is still on the air.