Ever wanted one of those crazy t-shirt cannons they use to blast shirts into the stands at the stadium? Well thanks to hacker extraordinaire KipKay, you can now have your own. 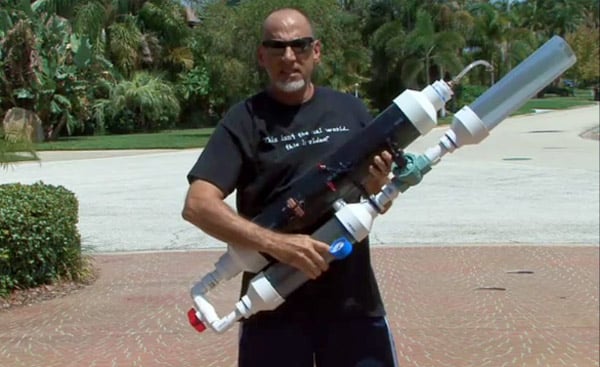 Kip has put together this handy tutorial video on how to build your own t-shirt launcher from common parts you can get at any hardware or plumbing store. Once assembled, all you’ll need is a bicycle pump to put enough air in there to get the t-shirt flying through the air.

The video itself doesn’t show you everything you need, but if you head over to KipKay’s website you can get all the details. A PDF with full instructions can be found here.