Pastry Jedi/awesome baker/awesomer mom Lisa Smiley made this huge Death Star-topped birthday cake for her son’s 9th birthday. I guess we should expect nothing less than magical things from a person whose last name is Smiley. 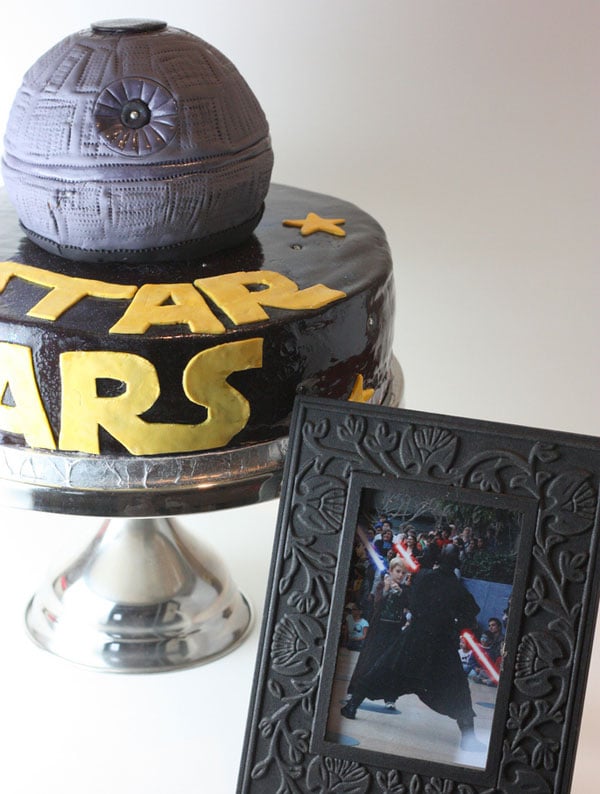 For the sake of baking enthusiasts out there, the Death Star topping is a coconut cake with coconut buttercream, while it’s base is a red velvet cake. Both were covered in fondant. Got that? Good. 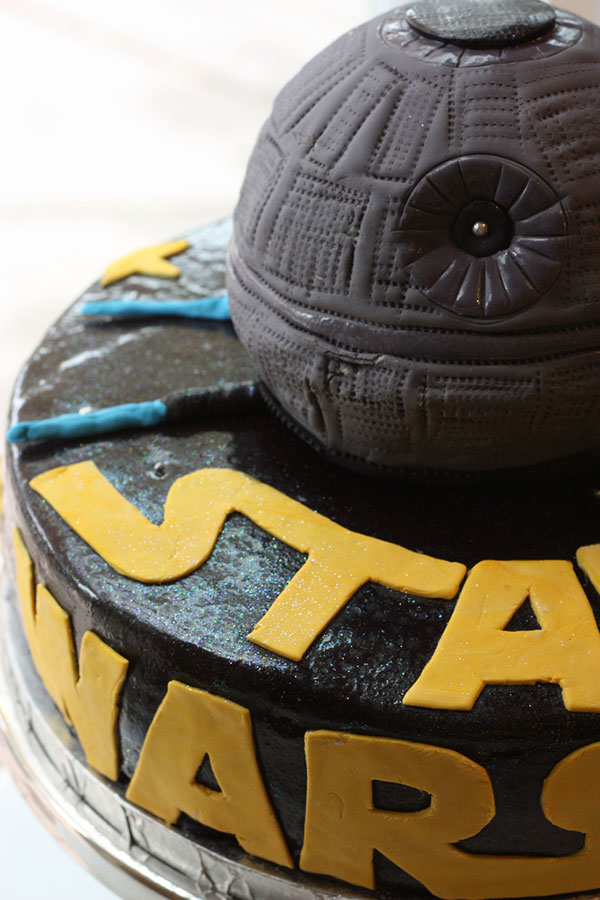 I never thought I’d ever describe pastry as intimidating, and yet that’s what this is. Look at it. It’s daring you to take a bite. 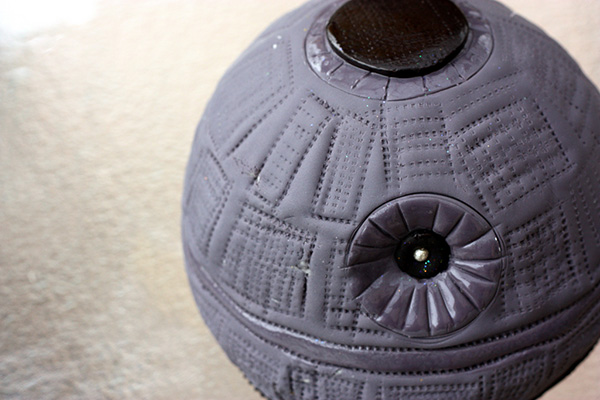 Check out the space station-sized versions of the pictures at Smiley’s Flickr page.