BTTF 2 Power Laces 2.0 Can be Real With Your Help

You might recall back in early July, I mentioned a person that had created her own pair of self-lacing Nike shoes like the ones McFly wore in Back to the Future II. Looking beyond the giant servo on the back and the atrocious color scheme of that original offering, the concept was pretty cool. Well the creator of those shoes is back and this time, she’s out for some start up loot to bring a new version (that is hopefully easier on the eyes) to a mall near you. 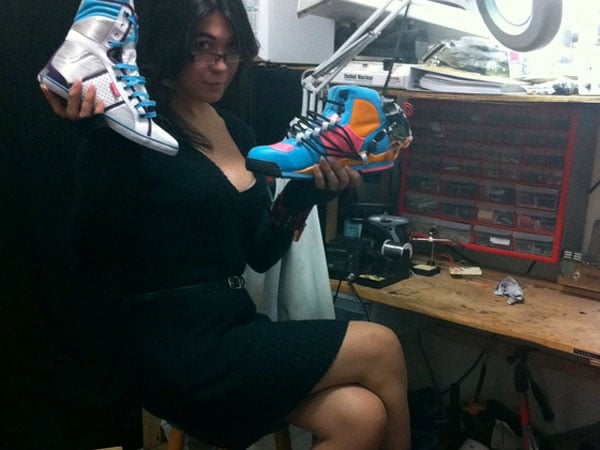 The creator of the shoes is Blake Bevin and she’s put her project up on Kickstarter, seeking $25K in launching loot to design and sell a new version of the self-lacing shoes. Bevin is looking for fellow geeks to help her fund the final design and mass production of the shoes.

You can donate as little as a buck, but she hopes that everyone will donate $50. For your donation you get schwag like some stickers for $5 donation, $15 gets you the stickers and a keychain, $25 gets you a shirt plus the other stuff, and $50 gets everything and the chance to buy the final product early. She has 39 days to get all the donations lined up and so far she has over $1,400 of the $25K needed to get the project off the ground.

So help a dream come true, and head on over to Kickstarter to show Blake your support.