OK, these aren’t really C-3PO USB flash drives, but they do bear a resemblance. I’ve rarely seen golden robots of any kind, except in Star Wars. This cute ‘bot also looks like it’s got the body of a LEGO minifig. 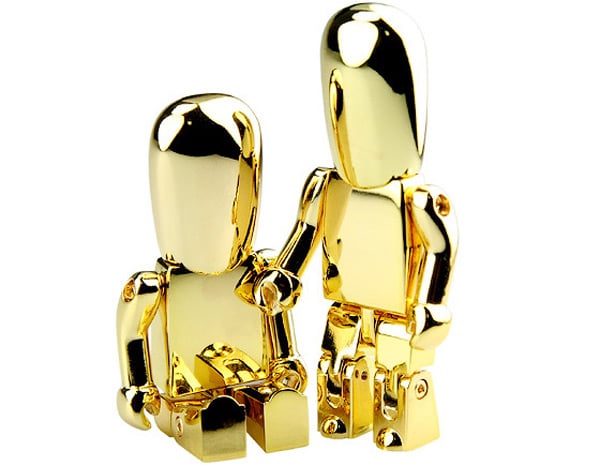 It’s actually called the Golden Robot USB Flash Drive, and stores a whopping 4GB (which happens to be about the same amount of memory the real C-3PO has in his head from what I’ve heard). To use the drive, you pop off the head, and plug it into your computer. Everything about this is funny, even the way it looks while it’s plugged in. 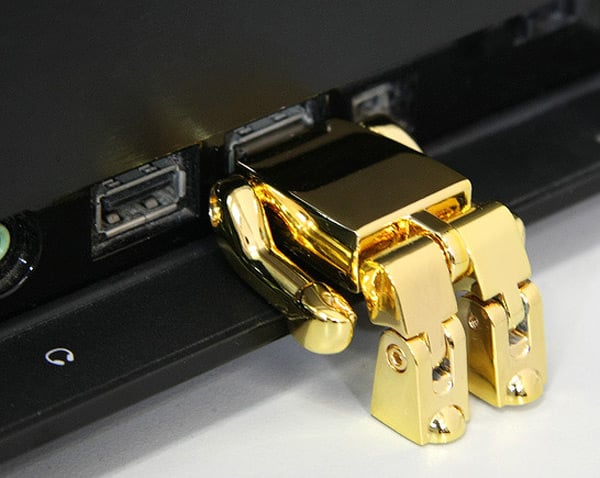 The Golden Robot USB Flash Drive is available from Gadget4All for $25 (USD). Waste of money, or well worth it? You decide!