Robots Ready to Take Over Your Home

Fresh off Nippon News Network, it seems that Japanese robots are ready to invade your home. However, they’re not coming to enslave you and become your robot masters, they’re supposed to make your life easier. At least that’s what they’re saying now. 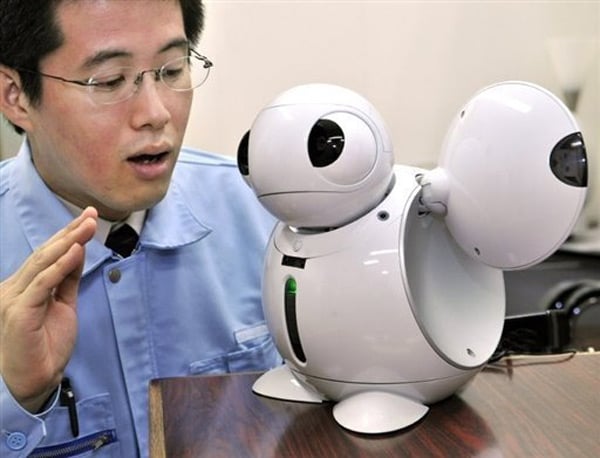 Toshiba’s ApriPoco is an 8.4-inch tall robot which can be used to control electrical appliances thanks to IR and verbal commands. ApriPoco can learn over time and no, it is not a white Pokémon. Then, there’s the robotic table that has motors and which can be moved via remote control.  It comes with a motorized chair and is designed for people who are unable to move furniture.

The IRT lab at the University of Tokyo has a new kitchen ‘bot that cleans dishes and glasses without breaking them, which is some feat. They are also working on another model that acts like a maid and cleans your rooms as well as doing the laundry.