This little device is actually quite dangerous in the wrong hands. It’s powerful enough to induce headaches, dizziness, irritation and even vomiting to everyone in its vicinity. That being said, it’s an extremely nerdy way to get back at bullies. 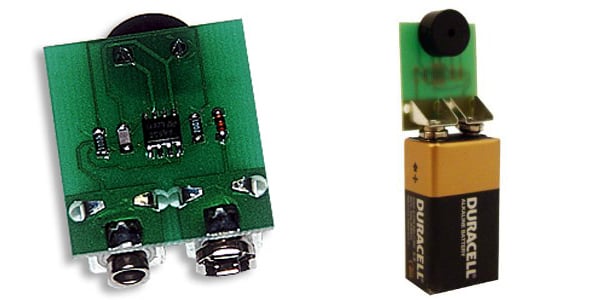 The Sonic Nausea is based on the speaker-sized Super Sonic Nausea (the hierarchy is evident), which can cause discomfort to large crowds. Both emit high frequency sounds to get things done, which means it’ll be hard for your targets to realize they’re actually being attacked (as if anyone would be paranoid enough to suspect that they’re being attacked by a high-frequency device every time they feel dizzy).

You can order the Sonic Nausea from Shomer-Tec for $29 (USD). I don’t know how fast this works or how large it’s area of effect is, but it goes without saying that this thing doesn’t pick targets. Let’s hope it comes with an adequate manual.