There’s a reason why I’ve always liked Reddit better than Digg. Maybe it had to do with how cheeky they are, maybe it’s got to do with the fact that I strongly disliked the whole Digg Mafia thing. After the whole Digg Revolt, it’s now time for Reddit to provide evidence that it is actually bigger social news site – at least in terms of pageviews. 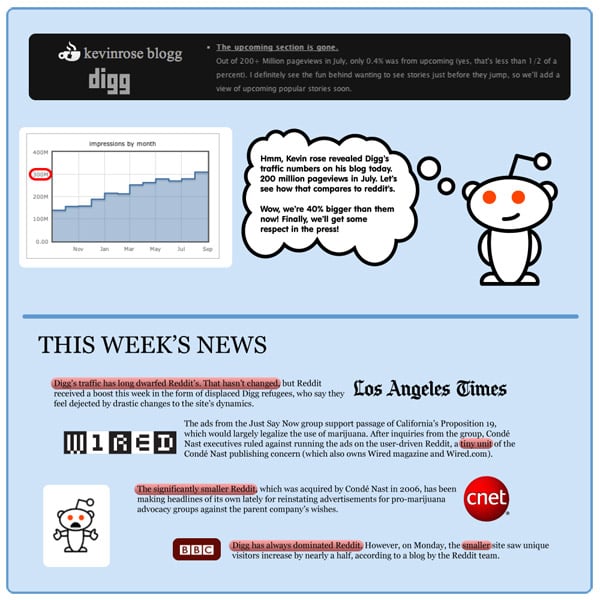 Digg’s Kevin Rose revealed Digg’s numbers from July, and it seems that Reddit beat those by almost 40%! Incredibly, Reddit has 1/20th of the staff that Digg has. Of course, neither party is sharing unique visitor numbers, so those could tell a different story.

Either way, I’m actually pretty happy to see this. Digg isn’t as relevant as it once was, especially with their latest overhaul of their website.