If you thought that the way you play the theremin wasn’t weird enough, along comes a mod which allows you to make music with nothing more than your brain – no hands required. 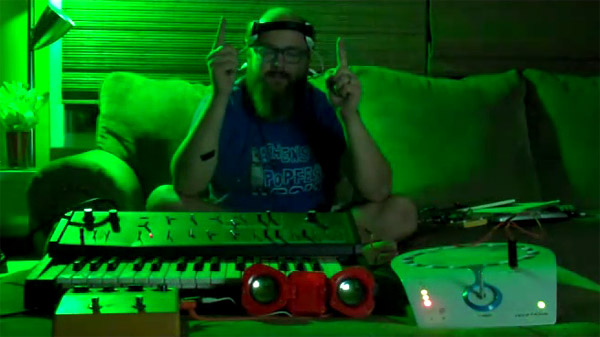 Robert Schneider of The Apples in Stereo modded one of those Mattel Mindflex EEG games into a controller interface for an analog synthesizer. Here’s a video of Robert doing his geeky best to make music with his mind…

Want to try it for yourself? Robert has been kind enough to provide this brief instructional video for you guys who want to give it a go…

[via Pitchfork via Make:]