All Dr. Evil wanted was sharks with frickin’ laser beams on their heads. For now, he will have to settle for helicopters with bad attitudes instead. A group of researchers at the University of Michigan has figured out how to use lasers that can survive the stress of helicopter flight to confuse missiles into not hitting their intended target. 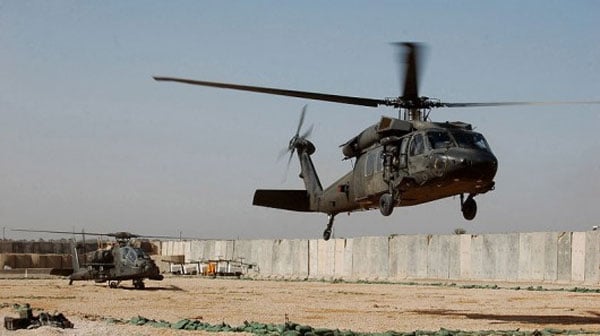 That faux heat signature is enough to confuse the missile and keep it from hitting the intended target. The system is said to be effective up to 1.8 miles from the helicopter. The laser is also very simple and is made from off the shelf fiber optic parts, which is what makes the laser able to function aboard helicopters where other lasers fail.