Gamers and computer enthusiasts have a lot in common when it comes to their hobby with each wanting more performance. That means faster CPUs and more video cards. Gaming PC maker Origin has unveiled what may be the ultimate gaming computer for geeks that have money to burn. 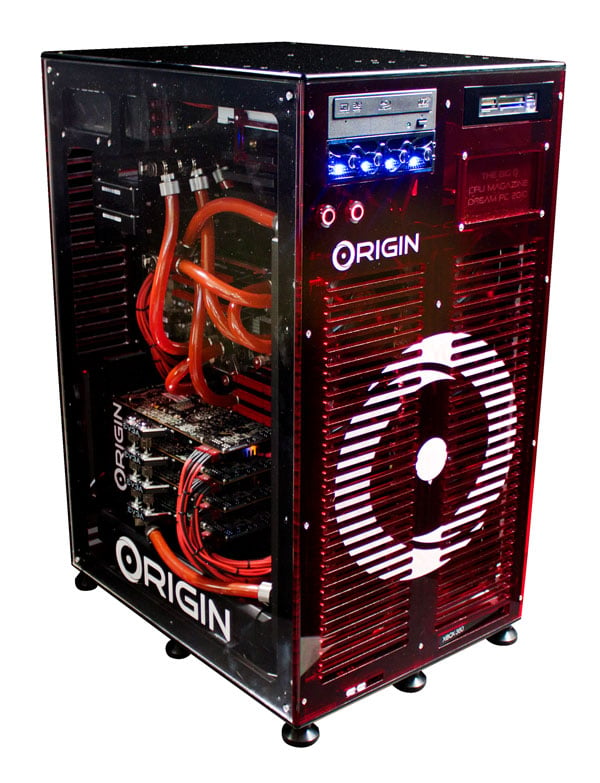 The machine is called The Big O and it is huge. Computer geeks out there will get wood when I mention the specs of the beast. It has a pair of Intel Xeon x5860 CPUs with 6-cores each, overclocked to 4.3GHz. The machine uses ECC RAM and you can cram up to 24GB of the stuff inside. 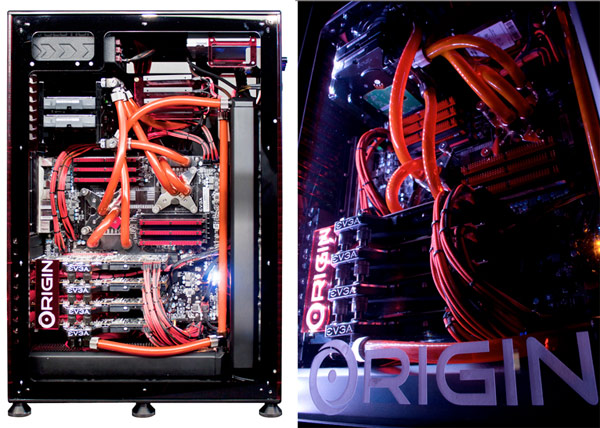 To be sure you can play Crysis maxed out you can get up to four EVGA GTX 480 FTW video cards inside the machine set up for some SLI lovin’. The entire rig is liquid cooled and the most interesting news is that the PC has an Xbox 360 Slim inside the case that is also liquid cooled. You had better have a trust fund though, the thing STARTS at $7699 (USD), but hits $16999 in its nearly maxed out config.