Are you a Doctor Who fan? Do you have a Nintendo Wii? Then you’ll be happy to find out that those swashbucklers at Nintendo came up with an official Doctor Who sonic screwdriver Wii-mote. Pass or want? 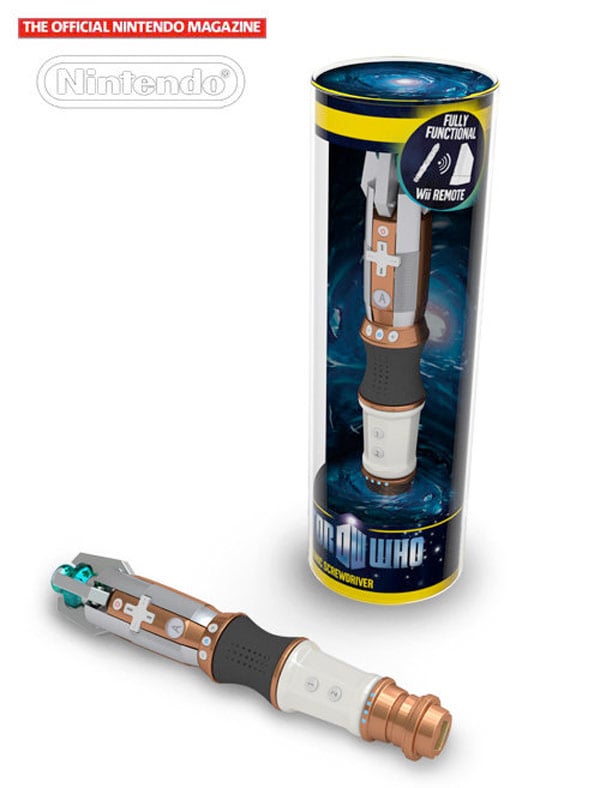 This will be a perfect addition to the upcoming Wii game Doctor Who: Return to Earth that will be released this winter – or is it? Honestly, all these novelty game controllers are a bit much for me. The standard controller functions well enough, so the only I would think about getting this is if I need an extra one.

There will also be a stylus for the Nintendo DS for Doctor Who: Evacuation Earth game that will come out this fall. Bleh.

[Official Nintendo Magazine via The Daily What via DVice]