Charles Mangin is on a mission to meld Apple’s failed Newton handheld with their highly successsful iPhone. If he manages to pull it off, this is what he thinks it’ll look like. 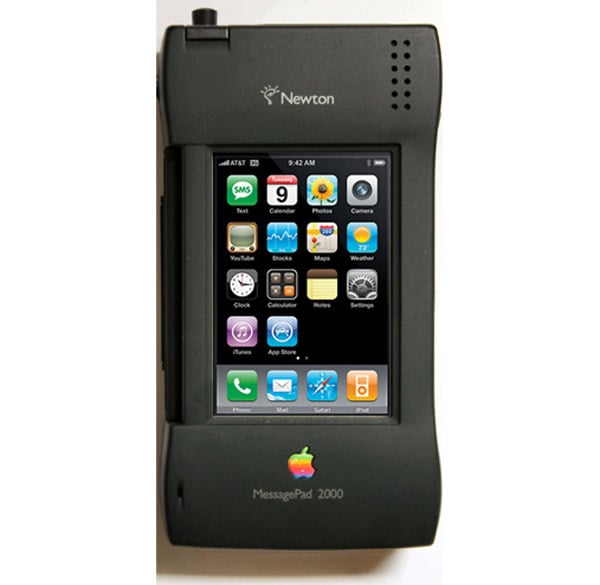 And given the fact that Charles has created such awesome Frankestein’s monsters as the G4 Cube Mac Plus, and the Apple ][ Disk Drive Mac Mini, he might just succeed.

I’m rootin’ for you, Charles. I’ve always thought that this would be a great mod if anyone managed to do it.