I certainly don’t remember my old Nintendo controller making crazy sounds, but I actually rather like the idea of building synthesizers into old video game controllers. 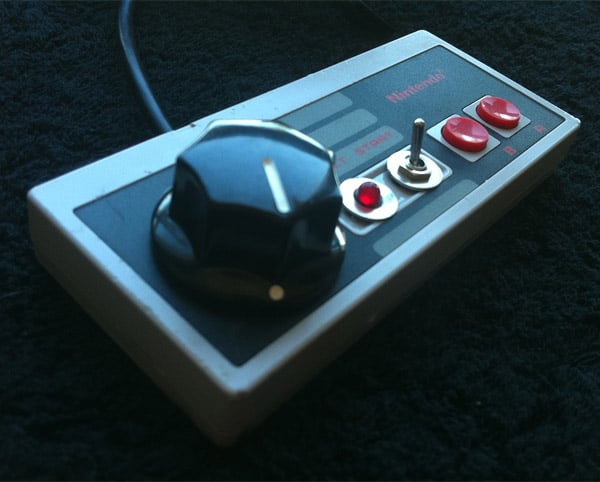 Gadget hacker Michael Rucci builds his audio mods into old electronic toys and other salvaged parts, but my personal faves are his Nintendo controller synths. He’s currently got this NES synth up on his Etsy shop.

But from the looks of things he’s also done a version with one of those beefy NES Advantage controllers, using a pair of square-wave oscillators for sound generation.

All of Michael’s synths make a variety of unusual analog sounds, and could be great for making electronic music, or just for having fun making noises. Unfortunately they don’t still function as game controllers, but I suppose that would get annoying when you play anyhow.