Last Christmas I bought my son one of those games with the Star Wars brand that you were supposed to be able to control with your mind. The idea was you could move a ball up and down a tube just by thinking about it. It did actually work, but it wasn’t that much fun. Now, a company called PLX Devices has announced a new though control interface for games on the iPad, iPhone, and iPod called the XWave. 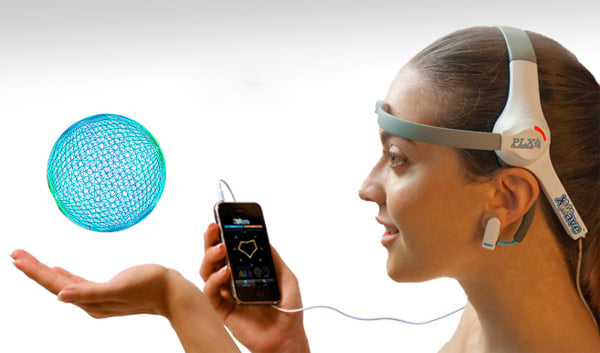 The device has a headset that plugs into the headphone port on top of the device. It works with an app that is free and has games that train the user to use their mind for controlling the little games. The games include changing the color of the screen by focusing and relaxing the mind and one that lets the user levitate a ball on the screen, and probably works nothing like what is shown in this promotional video…

The headset the XWave system uses looks almost just like the one that the game my son had used, so it probably works in the same way. PLX has also announced an SDK so third-party developers can build their own applications and games to use the device. The system will ship in October and can be purchased now for $99.99 (USD).