Total Plug Safety Concept Keeps You From Shocking Yourself

I would bet at one time or another we have all shocked ourselves from the AC outlets in our homes when were weren’t paying attention unplugging a device or plugging it in. You know how it works, you are distracted and touch the prongs before they are all the way out of the outlet and zap. 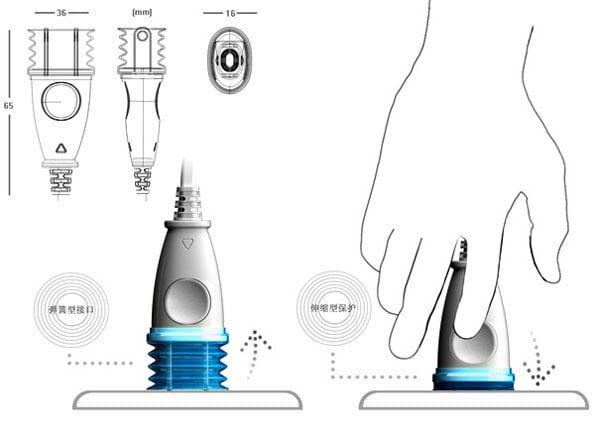 A new concept plug from Luofang Jun called the Total Plug Safety, and promises to keep you from shocking the crap out of yourself. The plug is normal enough, but it has a blue accordion-like folding sheath that covers the prongs of the plug as they go in and out of the socket. The thing is sort of like a plug condom, keeping the prongs from spilling their electricity all over the place. 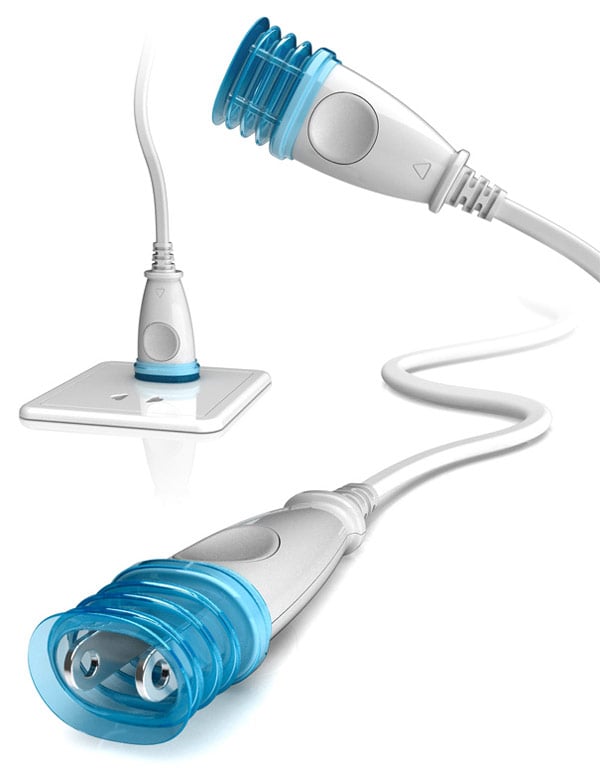 As you unplug the cord, the sheath extends so all you touch if you are not paying attention is the plastic. This would also be a great way to keep kids from shocking themselves as well. The concept is cool, but some have pointed out that plugs in Europe are recessed to prevent this from happening there already.