14-Year Old Submits Watch Design to Tokyoflash: Not Too Shabby!

There are a bunch of new watch designs that have been posted on the Tokyoflash blog. Most interesting is the one from Tynan Mayhew from Canada. What’s amazing is that this comes from a 14-year old kid! What were you doing at 14? Probably not designing really cool watches, eh? 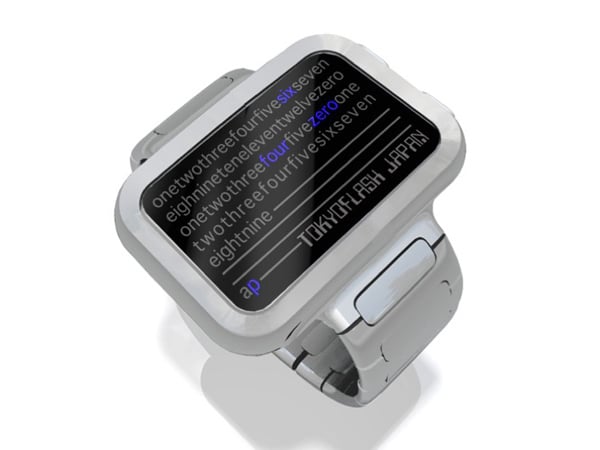 Unlike most Tokyoflash designs, this watch would be really easy to read. It lights up some text for the times instead of numbers. All in all, it’s a pretty cool design. It would be even cooler if different fonts could be used, but that would surely require an LCD or OLED screen instead of a backlit LED one.

Think about it, a Helvetica typeface watch would probably sell well, no? To make this watch a reality, head on over to Tokyoflash. If it gets enough votes, it will be made into a real thing.