Male Dance Moves That Attract Women: It’S All in the Neck

…and the trunk, and the left shoulder, and the left wrist. And the right knee. You got that? Let’s back up a bit and cover the basics first. The study, which I bet was performed in all seriousness, was performed by psychologists and researchers at Northumbria University in the UK. Led by psychologist Dr Nick Neave and researcher Kristofor McCarty, the study used 3D-motion capture to map the moves of 19 male volunteers aged 18-35, “as they danced to a basic rhythm”. The moves were mapped to a featureless avatar in order to prevent any bias, and the avatars were then shown to 35 heterosexual women. 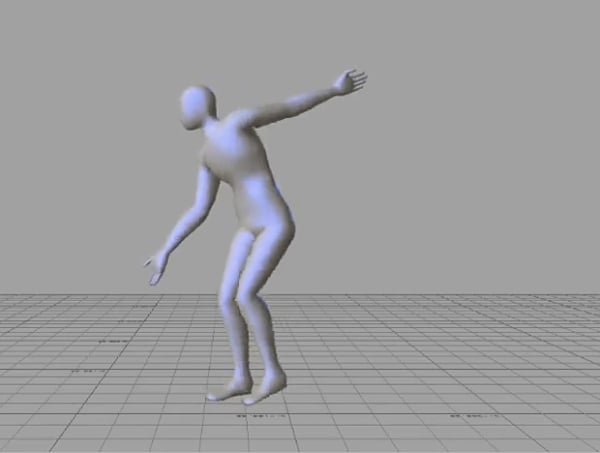 The results of the study showed that the key to attracting those 35 heterosexual women was determined by eight variables – the extent of movement of the neck, trunk, left shoulder and left wrist, and the variety of the extent of movements in the neck, trunk, and left wrist, and the speed of movement of the right knee. You can’t get more specific than that. For those of us who are more used to imagining Flatland and the square root of -1 than the physics of dancing, here’s an example of what was deemed as ‘good’ dancing:

As you can see, there’s lots of head nodding and hip swaying and foot raising involved. Also lots of arm waving. Basically lots of everything. Below is an example of ‘bad’ dancing:

Yeah, that was kinda lame. Do you think though that the variables hold true for all women? I don’t think so – the experiment only had a small female audience, for one thing. But if there’s one thing we can take away from all of this, it’s that Northumbria University should expect a visit from Techno Viking any day now, because they just called him a bad dancer.

[via Northumbria University via News Lite]