Those of you who live in more temperate areas of the world can’t really appreciate how hot it is in Texas. It’s so hot, it’s hawt, southerners drawl because it’s too hot for your tongue to work, you get the idea. That said we don’t tend to walk place-to-place much in Texas because of the heat, and the fact that a short distance away out here is 10 miles or so. In big cities like New York City, folks do walk a lot, which is cool considering the traffic. 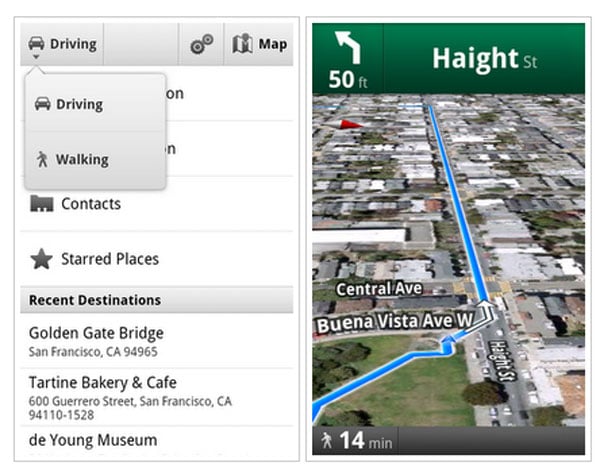 If you live in a city, where you walk places a lot of time or are traveling to a city you aren’t familiar with and plan on walking a lot Google has a new beta offering for you. The service is called Walking Navigation beta. The catch is that you have to be on an Android device and be using Google Maps for Mobile 4.5.

The new beta service is just like the driving navigation, only it takes into account pedestrian walkways and bridges that cars can drive on. In a nutshell, it will route you through a park on a sidewalk rather than having you walk around the park. The app will rotate to match your direction, offers satellite images, and vibrates to tell the walker when to turn.