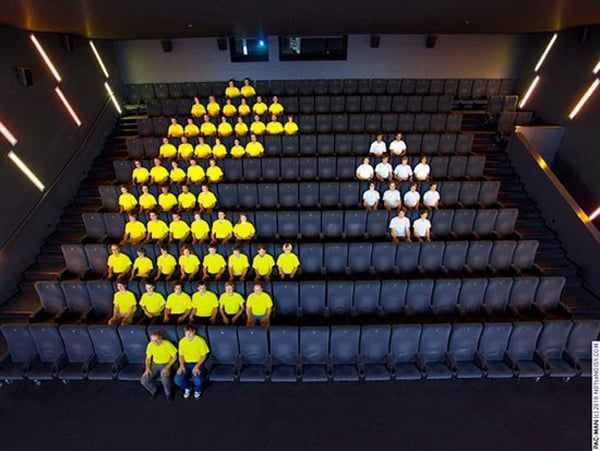 This is part of Reymond’s ongoing Game Over Project and it was shot in a theater in Basel, Switzerland at the end of August 2010. I think that the best part of the video is the tacky music that’s mimicked by Reymond using his voice as the sole instrument. It’s kind of mesmerizing to watch (and occasionally annoying to listen to.)