Vogel Mount Sticks Your iPad Safely to All Sorts of Surfaces

Mounting solutions that hang the iPad for a wall or stand it up on a tabletop are getting to be some of the more common accessories for the tablet. They are popular because people want to be able to view content and read while they are standing or sitting without having to hold the iPad in their hands. A new mount system from a company called Vogel has surfaced that will let you put the iPad in a lot of locations you probably never thought of. 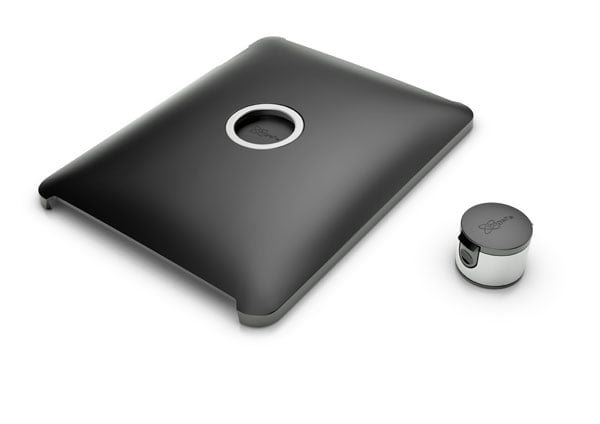 The kit starts with a Vogel WallMount and BaseCover system for iPad that includes a cover to protect the back of the iPad and hold the tablet to the various mounts for different services. The cover has a special connector that holds the tablet to the WallMount, TabletMount, or CarMount. 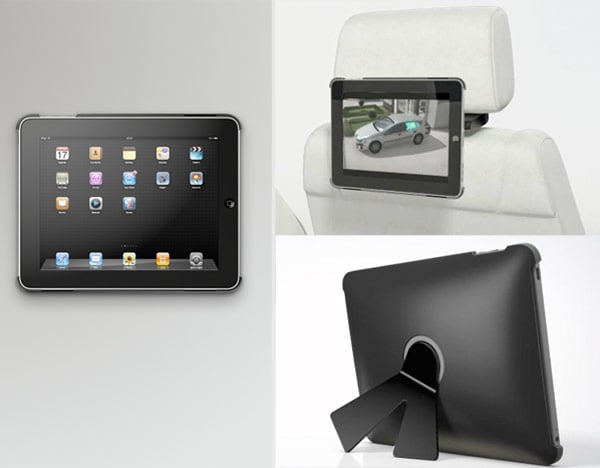 The WallMount is a small button that can be screwed into most walls and rotates 360-degrees. The CarMount is a dock that secures between the posts of the headrests in most modern vehicles. The TableMount lets you sit the iPad on the table or a shelf and keep it upright. The devices will ship in the US in early 2011 and will hit Europe in October with the starter kit going for 79.99 euro (appx. $101 USD) and the CarMount and TableMount pricing are unknown at this time.