The Yodeling Radio Man, a “Classic” Robot From the 1930s

Can you imagine why a robot would need to yodel? I’ve got no idea because yodeling is fricking annoying in my book. Radio Man was featured in the April 1939 issue of Popular Science, and was the Slim Whitman of early android technology. 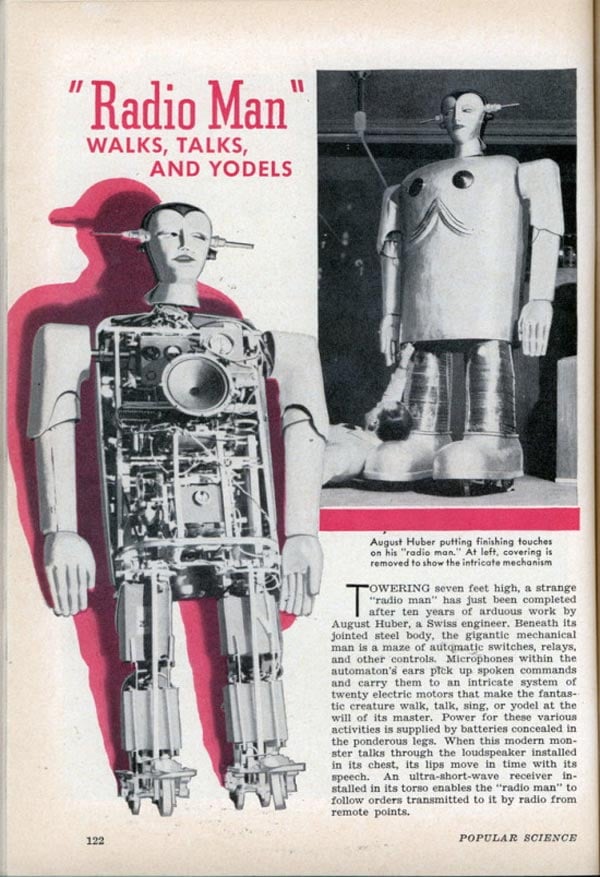 Radio Man was created by a Swiss engineer named August Huber. Ah, now the yodeling makes sense! He’s 7 feet tall and took 10 years to complete. It supposedly could walk, talk, sing, or yodel at his master’s command.It was supposedly powered by batteries hidden in the legs, but honestly, this makes me wonder if this was a work of fiction. Batteries in the legs? I thought that back in the 1930s it would have needed something like a truck filled with batteries to power it.