If you work around people that like to listen to music on headphones while they work or get tons of text messages you already know how annoying that can be. If they are wearing headphones, they never hear their phone ring or texts come in, and you get to be distracted while they remain oblivious. It’s enough to want to beat them with a keyboard some days. 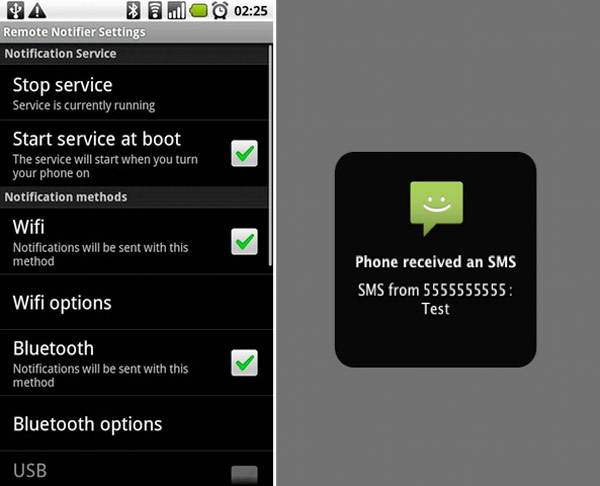 A cool notification system for Android has surfaced called simply android-notifier. The app is a desktop service that will send notifications to your desktop when you get calls or texts on your Android device. That means that you can cram the phone in your bag or desk and still know when you have messages or calls. More importantly, it might keep your coworkers from beating you with a keyboard for not answering the 12th text of the day.

The app sends the notifications to your computer via Bluetooth or Wi-Fi. Notifications for phone calls also show the number that is calling. The developers are working on USB support next. The big catch is that the desktop software is only available for Mac or Linux right now and the devs say a Windows version will only come when someone volunteers to code it.