Pentax is a huge name in the camera business and the company usually makes the plain-Jane digital cameras and DSLRs you expect form a big name company that doesn’t rock the boat. The latest camera unveiled by the company nearly sinks the boat though with a cover that you can attach building blocks too. 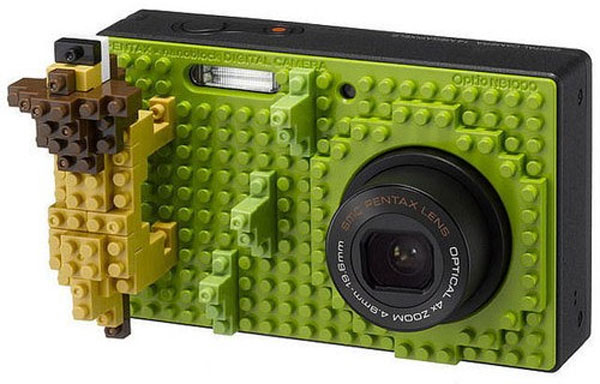 The Pentax NB1000 does lose massive geek points to the fact that the building blocks aren’t compatible with LEGO bricks according to various reports. Instead, it uses nanoblocks. Why would you build something so cool and then not make the blocks compatible with LEGOs? I wager it’s something with licensing – or maybe LEGOs aren’t as popular in Japan as they are here. 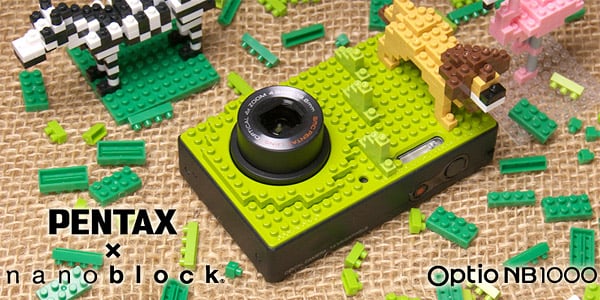 Still, the NB1000 apparently comes with its own blocks and you can connect stuff to the outside. The realist in me wonders why exactly the building blocks are on the thing at all, talk about a gimmick feature. The geek in me says you can built a camera with those wheels we used to brawl over in grade school. Pricing is set for about $240 (USD).

[via Designboom via Gizmodo]