Sometimes I wonder why Japan needs all of these robots. Researchers at the Tokyo Institute of Technology have built a robotic grasshopper. It’s called the Air Hopper and it has four legs that allow it to move around. 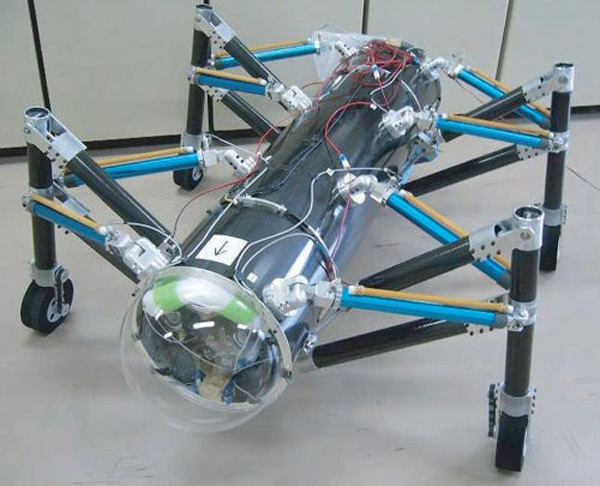 And move it can! It can jump, roll thanks to its four wheels, and naturally, hop. This allows it to cross uneven ground easily. Bigger obstacles can be crossed using the pneumatic cylinders. 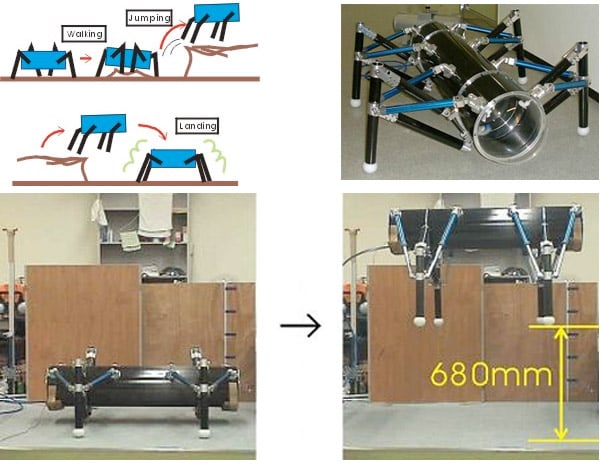 The researchers have measured that the Air Hopper can jump as far as 4 feet forward and about 1 foot high. The robot is made out of reinforced plastic and it’s 50 inches long, 21 inches tall, and weighs 72 pounds. That’s a heavy robot for something that can jump into the air. Ultimately, this type of technology will give us those tanks that can walk on four legs or robots to explore other planets, right out of scifi, animes, and mangas.