It turns out that our little Super Mario is celebrating his 25th birthday this week. How cool is that? Do you remember the first time you played a Mario game? My first time was with the original Super Mario Bros. on the 8-bit NES. 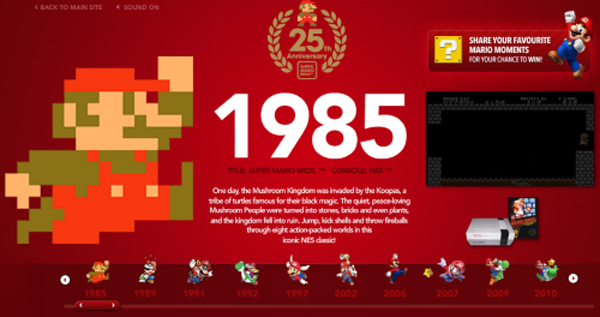 While I haven’t played some of the more recent Super Mario titles, I always remember the little plumbe fondly. It’s kind of surprising that he is celebrating 25 years! You’d have thought that he would have grown older and wiser, but he’s the same old Mario as before (but a little softer around the edges thanks to increased graphical resolution). 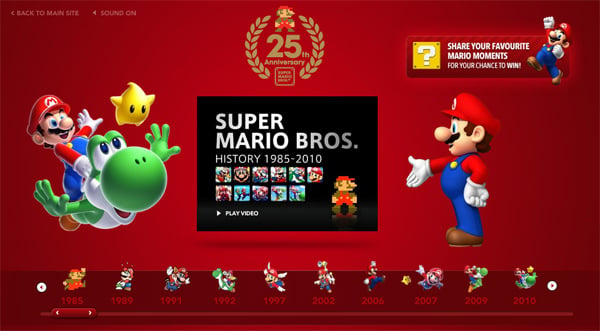 Nintendo has put together an anniversary site for Mario where you can check out his complete history. I had lots of fun reading it and reminiscing. You can check it out here.