These super-cute images of our favorite characters from Star Wars were created by James Hance. Why are they so cute? Well, Hance re-imagines Han Solo as Christopher Robin, Chewbacca as Pooh Bear, R2D2 as Piglet, and an AT-AT as Eeyore.

The images can all be found in Hance’s book Wookiee the Chew, which just came out. 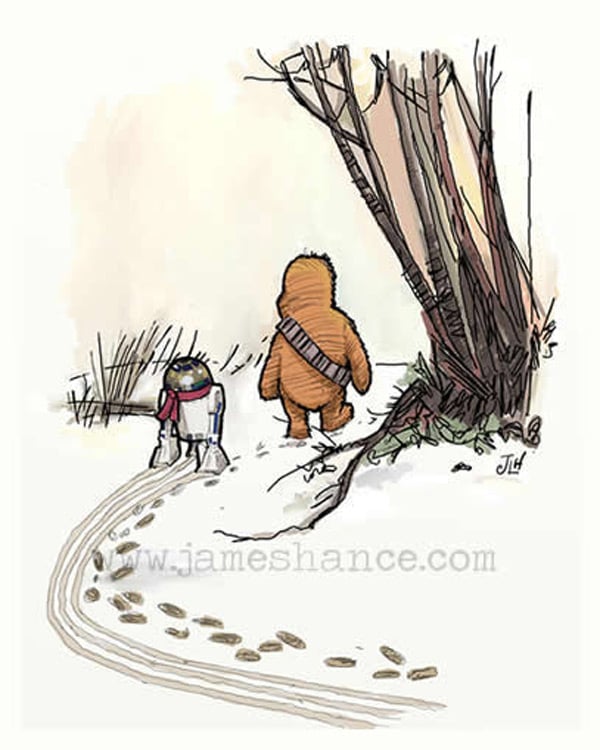 Wookiee The Chew is currently available from Hance’s website.