The Analog LED Clock: Best of Both Worlds?

Using LEDs to simulate an analog clock is kind of cool (although not as cool as say, a mechanical LED clock.) This clock mimics the hands of a traditional clock using rows upon rows of LEDs that are all wired together. 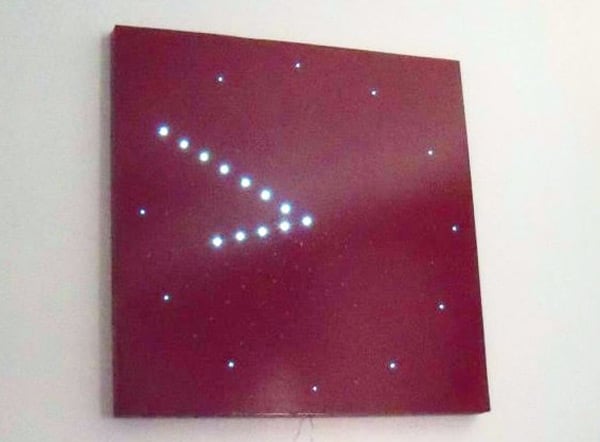 This clock also includes a ‘digital mode’, in which the LEDs are used to display the time in a more traditional digital format. However, this mode is definitely a work-in-progress. It took me a while to figure out what I was looking at before I realized that there were stylized numbers that were made apparent by the LEDs. It looks more like Klingon to me than actual digits.

The analog mode is pretty cool though, and I wouldn’t mind hanging one of these on my wall.