DIY Coilgun Does Serious Damage With Electricity and Magnets

YouTube user Jason, also known as Larsplatoon, has put together a fully functioning coilgun after two years of effort. So WTF is a coilgun? It sounds like something cool. It’s actually a gun that fires a projectile with magnetic force instead of gunpowder. 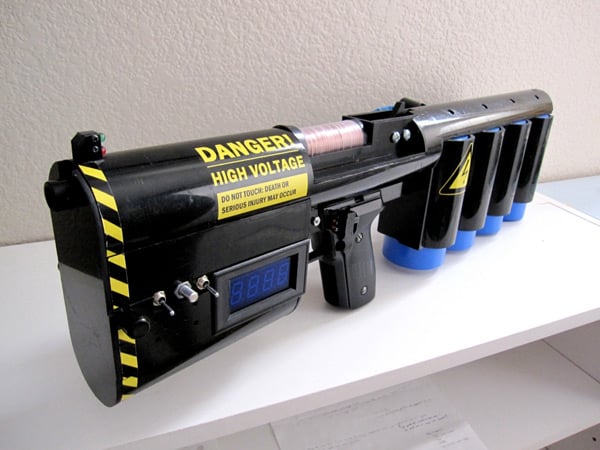 It’s almost straight out of science-fiction, but this thing actually works. This coilgun is no toy. Using a large electromagnet, made from 10-gauge magnet wire, it delivers more kinetic energy than a .45 handgun, but less than an M16 rifle, according to Jason. If Jason was able to do this in his backyard with off-the-shelf components, you can just imagine what proper defense contractors should be able to do with a few billion dollars.

Check out the video of the coilgun carnage below. You’ll have to fast forward to 2:50 to see all of the action.