Windro Robot: This Roomba Does Windows

While I don’t have a Roomba, I used to have a boss who kept watching the infomercials a few years ago and finally got himself one. Love them or hate them, robot vacuum cleaners are here to stay. This latest ‘bot isn’t a Roomba, or a robot vacuum cleaner per se, but a robot which will clean your windows. Now that sounds cool. 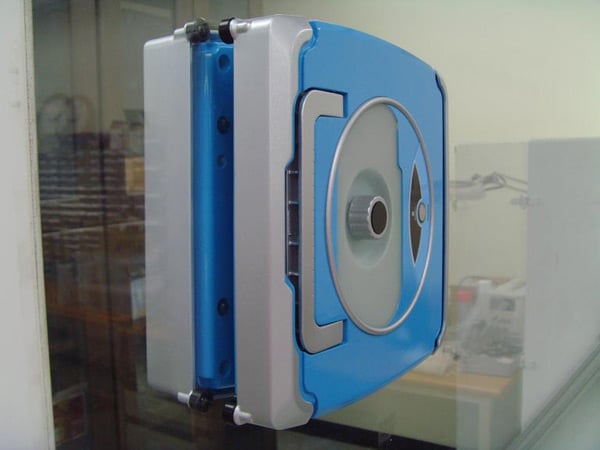 The Windro bot was put together by some scientists working for the Pohang Institute of Intelligent Robotics in South Korea. The robot is composed to two modules that stick together through the glass using magnets. Hmm, doesn’t seem very practical, and this ‘bot won’t really work on most windows, but hey, it’s a first step, right?

I bet that it won’t work in places that have those heavier, double paned windows. Odds are that it will just fall off! I’d hate to see one of these climbing up the side of a skyscraper, then losing its grip.