These new Mimobot flash drives look pretty cool because when they are not in use, they look like stormtroopers. When you take off the helmet to plug it in to your computer, you’ll find either Luke Skywalker or Han Solo hiding beneath.

There’s also an extra cap so that you can play with Luke and Han Solo without the stormtrooper masks, but I think the stormtrooper helmet is much better than hair. They also come preloaded with character-specific Star Wars Mimobot-themed images, wallpapers, and avatars. 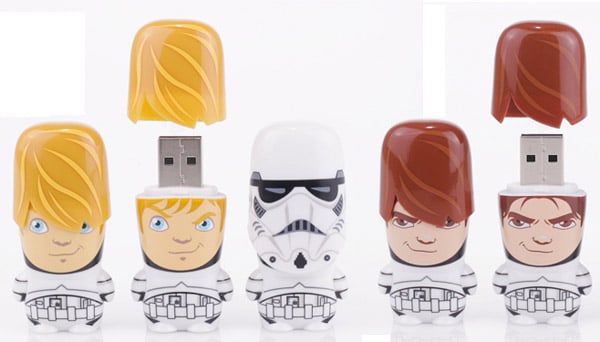 They’re both part of a limited edition line that will only be available online, and come in capacities from 2GB to 16GB (priced from $34.95 to $94.95 USD). However, you’d better act fast, because they’re will only be 500 units of each available.