It doesn’t take a genius to figure out that the World Warrriors are caricatures of their respective cultures, which is why GamesRadar’s The World According To Street Fighter is such an interesting piece, if only to remind us that street fighters Joe and Mike exist. Be grateful for kooks like Urien and Hakan kids. 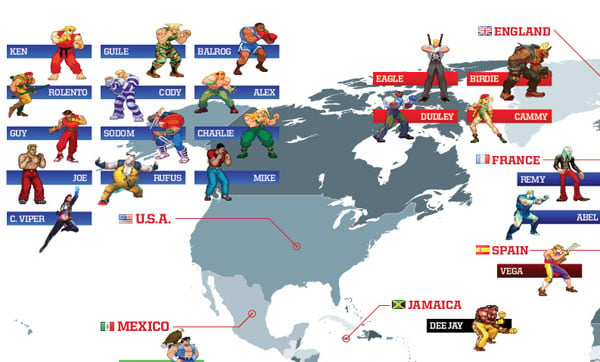 The picture is deliciously huge, so head on to GamesRadar if you want to view and download the whole thing. Meanwhile you can view my awesome chopped up version: 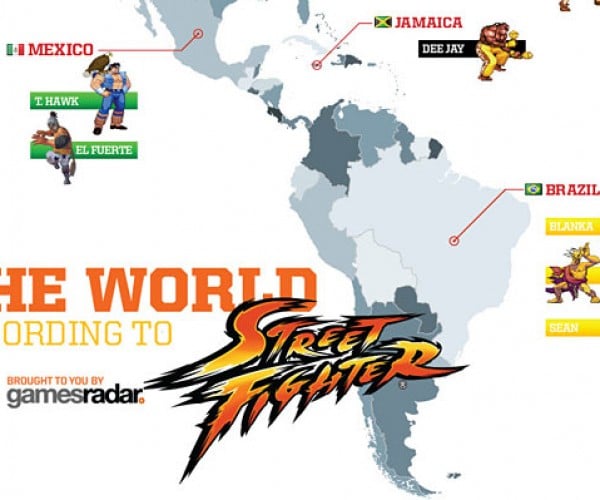 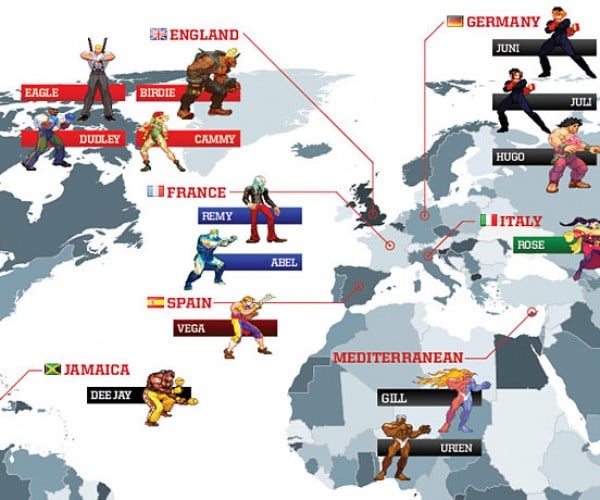 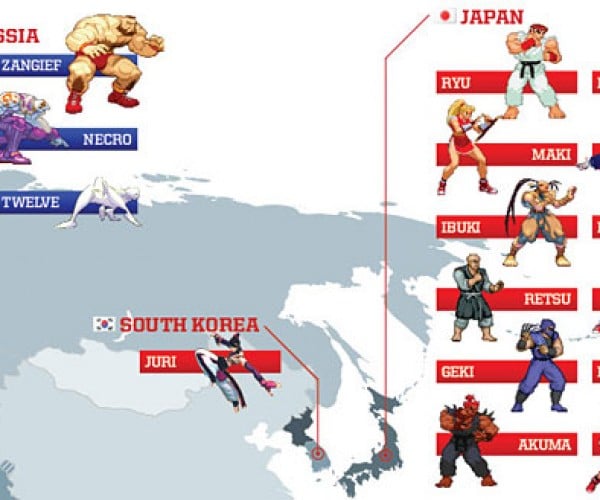 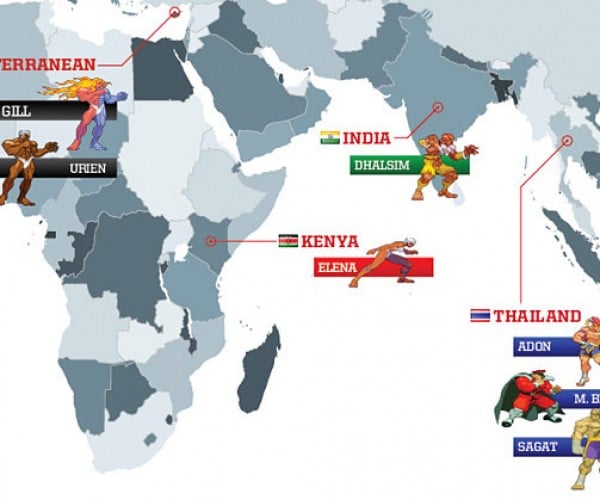 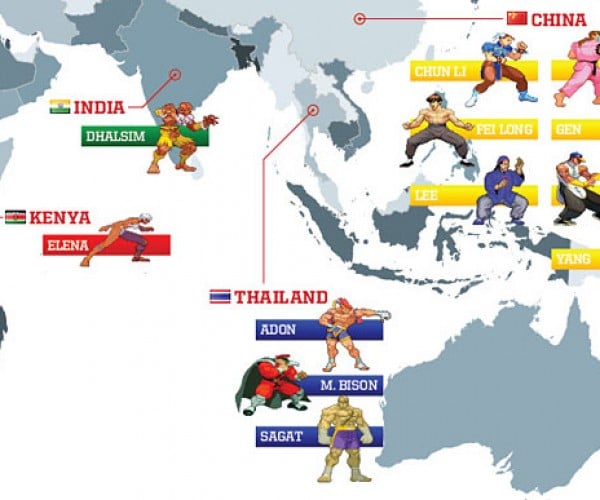 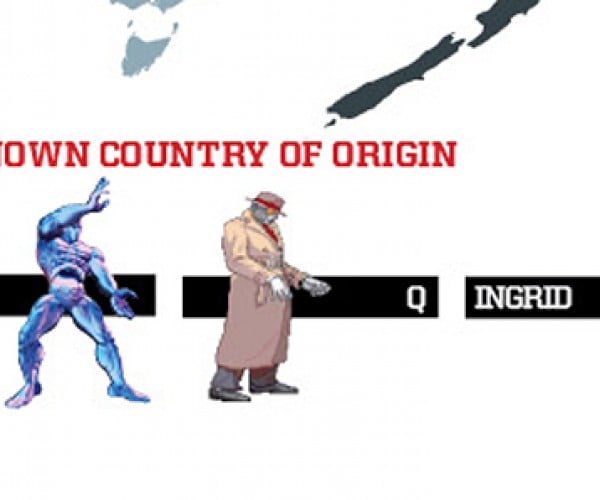 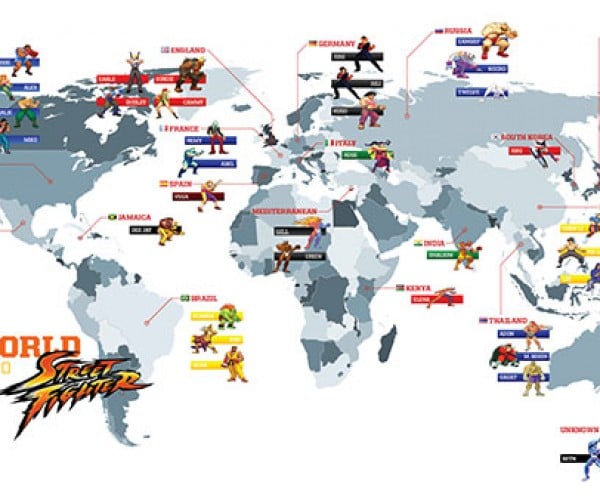 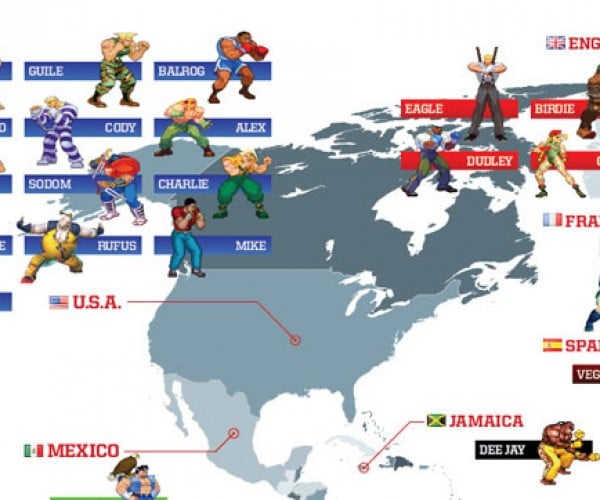 What cracks me up most among the multitude of revelations that we can glean from this map is that apparently Ingrid is bunched with Q and Seth as having unknown origins, and yet Twelve is from Russia. Awesome.