Yet more proof that awesome things never happen where I live. Vooks community member Excite posted these photos of the “History of Super Mario Bros.” caravan, which stopped at Parramatta in New South Wales, Australia. Even though the caravan was modest, to say the least, especially considering that this is Mario and Nintendo we’re talking about, it did have plenty of stuff to offer. 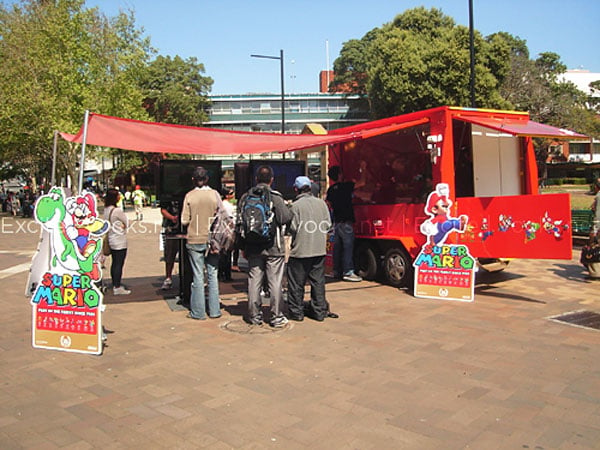 The crew set up four HDTVs, each connected to a different console. Can you guess which console was left out? Nintendo’s armada of handheld systems was also on hand. There was also a booth with a video camera inside the caravan. According to Excite people could share their memories of playing Mario, and their clip would be posted online. 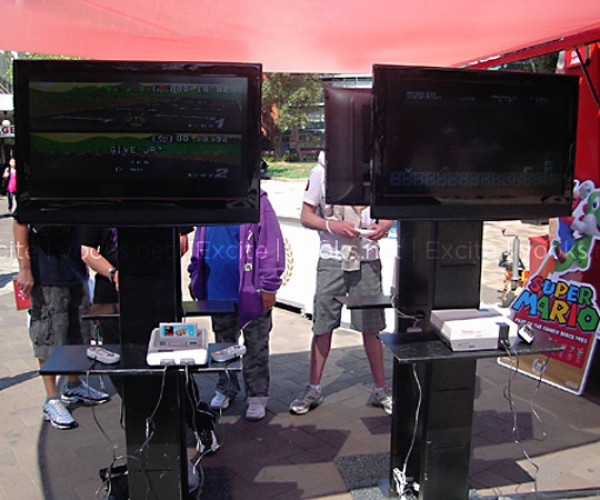 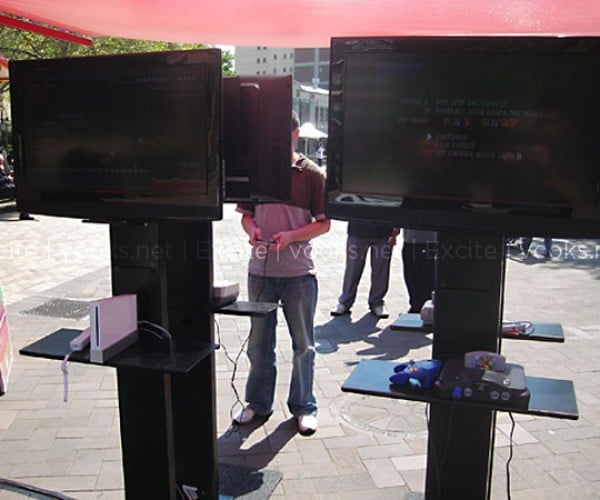 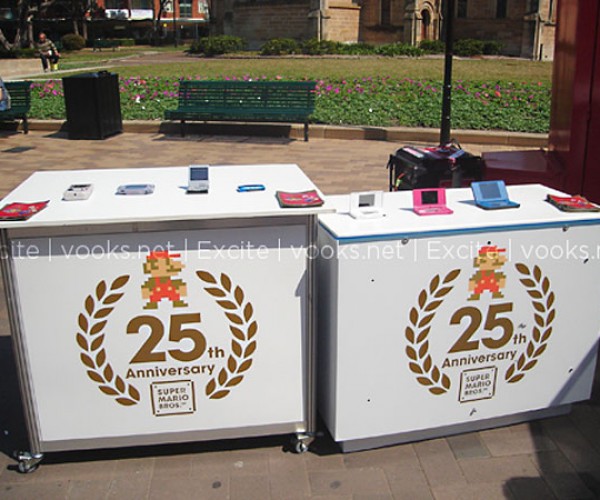 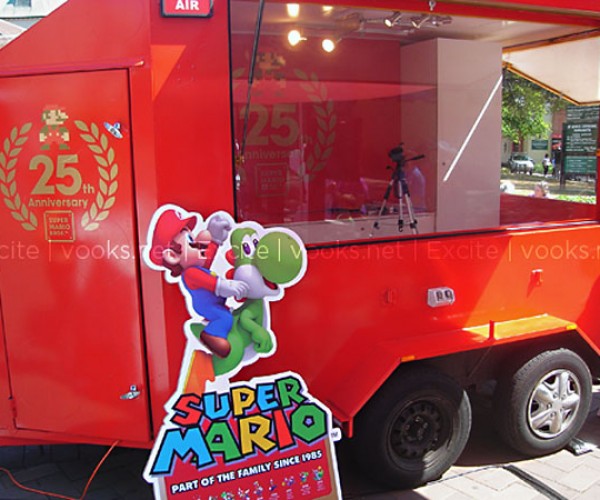 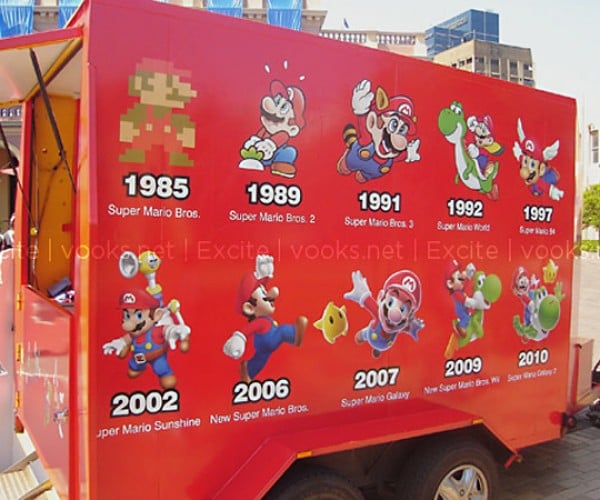 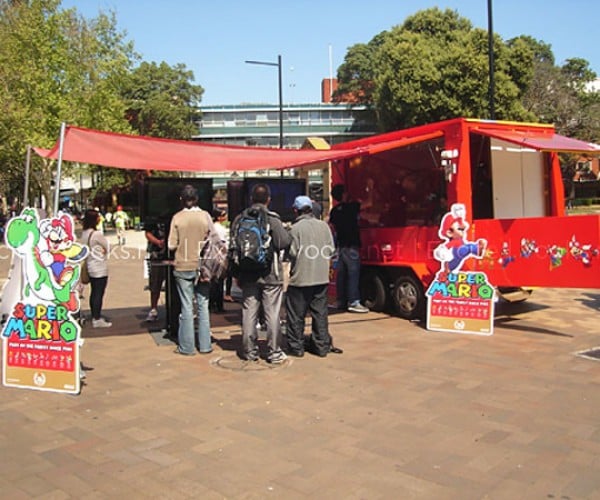 If you want to envy Excite even more, check out the rest of the pictures at Vooks. Am I not a gamer too, Nintendo? Where’s the love? I’d settle for one of the cardboard standees, you know.